Fine wine company the OenoGroup is aiming to add a new restaurant to its unique bar and terrace proposition, OenoHouse, next year as it continues to build its profile. 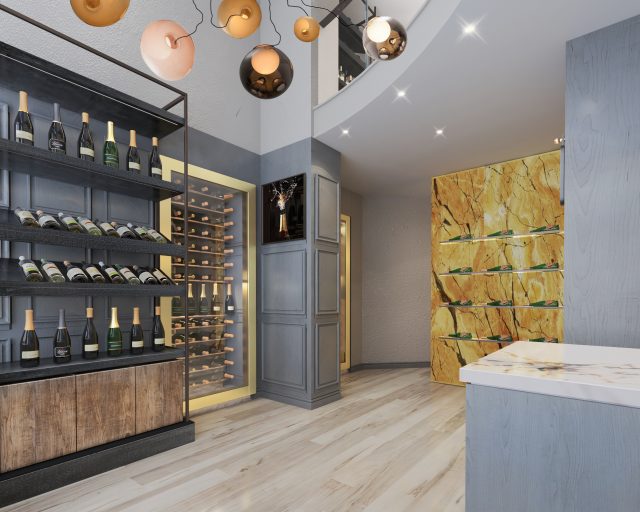 The fine wine company’s bar and alfresco terrace opened in London’s Royal Exchange in July, offering a menu of around 4,000 fine wines that can be drunk by the glass, with a further 45,000 bottles that can be pre-ordered on request.

The team are now hoping to increase the commercial arm by opening a second unit at the Royal Exchange to will offer dining and operate a year round service.

“We’re hoping to do that next year, but it’ll take a while,” the group’s director of wine, Justin Knock MW said.

Speaking to the drinks business at a Penfolds tasting last night, Knock said that although OenoHouse was only  a relatively small part of the business – the investor/collector side, OenoFuture, drives the business  – it offers a unique proposition to both its investor clients and to customers.

“Most of our clients are buying wine with the intention of selling it at some point, as an investment. But we’re conscious that we don’t want to be seen as just a wine investment company, partly as there’s no differentiation or distinction. Our goal was to be a luxury wine company and OenoHouse is part of a strategy to realise that,” Knock said

It was developed to provide a unique “liquidation pathway” pathway for clients.

“When people buy through OenoFuture we give them full service, an account manager, free storage and free insurance, but we also offer this liquidation pathway, which other people don’t,” he explained.

“They can sell their wines through OeneoHouse at retail price (around £70 to £200) – we do it by the glass or by the event for example. So most of the stock is owned by clients and we’re selling it on their behalf.”

“That way they can realise a higher profit in a different way by selling wine rather than having us just tell the client to ‘buy it, hold it for ten years and then get someone to broker it or sell it on auction’,” he explained.

OenoHouse also offers the chance for the company to make more of an impression on the market, Knock added.

“We’ve only been going a year, so people want to know who we are and why we’re different,” he said. “You can’t imagine how useful it is to have people able to come to OenoHouse to see us and to see the wines.”

“People can see we are a real company with real, very high quality stock, rather than a faceless, nameless company selling fine wine.”

The return of the on-trade had been good for the groups’ fledgling trade arm, OenoTrade, which connects wine investors with the private trade sector and was just getting going last year when the pandemic hit.

However Knock sees a good opportunity in the current market, with the city continuing to open up again.

“One of the interesting things about London is that there are so many new opening, but people are quite challenged by stock and inventory,” Knock sales. As a reasult, there has been notable interest in the company’s luxury wines consignment option.

“Restaurants are receptive to it at the moment, as they want the wines and they have the clientele, what they don’t want is all that capitalized stock,” he explains.

There is a lot of trust in rare lots and older vintages of elite wines among the trade, Knock notes, pointing out old Burgundies, top names such as Screaming Eagle and Tuscan accounts such as Le Pergole Torte and Sassicaia, which are doing very well. Silver Heights from China, has also proved to be popular, particularly among high-end Chinese restaurants.

Rare larger formats have also been in strong demand, and the company is snapping them up.

“We’ve collected a lot as they are hyper rare and exclusive, but our philosophy is that we’re in a golden era for wine and we don’t know if wines in the classic regions will be as important as they’ve seen, so it’s an important time capsule.”