A state-of-the-art winery created by renowned architects Foster + Partners has been carefully styled to blend in with the local landscape, and design nuts are going crazy for it. 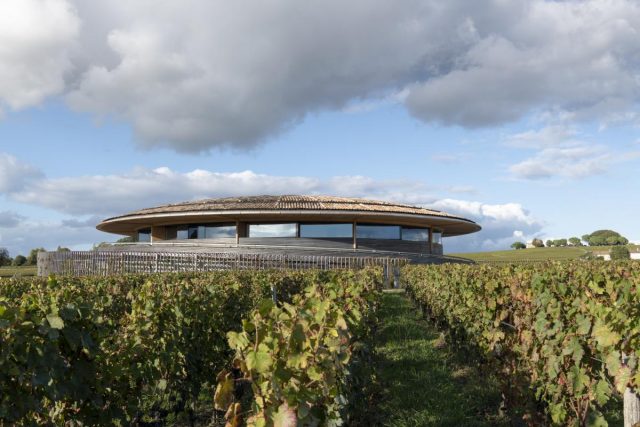 Bordeaux might be one of the most historic wine producing regions in the world, but it doesn’t stop its producers from forward thinking when it comes to design.

A futuristic, Science-Fiction-like winery created for Saint-Émilion producer Le Dôme appears as though a UFO has landed in the local French landscape, and seamlessly become a part of it.

The work of art is the second winery that architects Foster + Partners has created in France. The first, Château Margaux in the Médoc, was completed in 2015.

Plans for the new Le Dome structure were first submitted in 2019 and the impressive result has now been unveiled, winning design plaudits for its distinctive shape and sensitive treatment of the surrounding land.

“We had extremely fruitful discussions with local heritage authorities, who commented that the building should make a positive contribution to the area by blending in with the landscape,” Norman Foster told Wallpaper magazine of the commission. 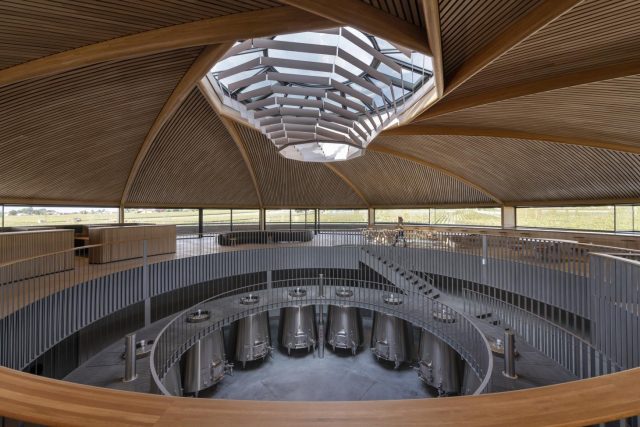 Set at the end of a tree-lined avenue, the building has been partially embedded into the ground to minimise its impact on the UNESCO-protected landscapes, which date back to the Roman era.

Its sloping roof is meant to convey the undulating terrain of the local land and the base of the structure has been clad with local oak, in a nod to the barrels used in wine producing. The local materials used will “reduce carbon emissions related to transport, while also embodying the spirit of the place,” said Foster.

A terracotta roof requires no supporting columns, maximising space for winemakers inside, while at the centre of the building is a vast circular atrium, which enables those on the winery’s upper level to look down and watch the winemakers at work. A 6m-wide oculus set into the roof bathes the whole space in natural light.

Its spherical shape means visitors and staff have 360-degree views of the surrounding vineyards, and a chic modern wine tasting hall completes the offering.

In July, the drinks business reported that Foster + Partners had been commissioned to design UK winery Vineyard Farms near the village of Cuxton in Kent. A formal planning submission is set to take place later on this year.