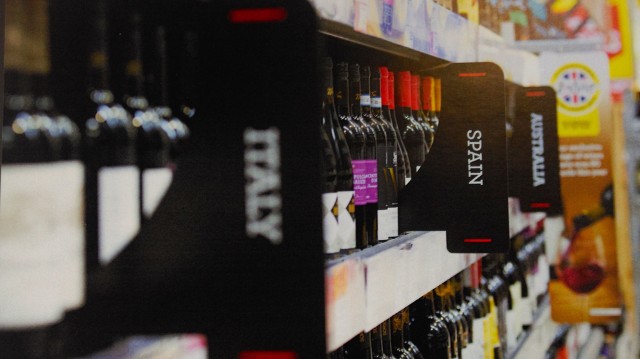 Speaking to the drinks business last week, Morrison’s senior wine sourcing manager Mark Jarman said the shortages of the top selling region for Sauvignon Blanc issue was one that would “not be going away any time soon” – and it was up to retailer to engage customers to look further afield.

“Clearly New Zealand is limited in terms of planting, and there is still high global demand for Marlborough Sauvignon Blanc, so we as an industry feel that it is very much on our shoulders to encourage consumers to look outside New Zealand,” he told the drinks business at a recent tasting.

The two obvious areas to look to from a style perspective are South Africa and Chile, he said, which offered fantastic quality and a slightly different style.

As a result, Morrison’s is extending its successful 64 Edge brand – previously a tertiary label devoted to New Zealand Marlborough Sauvignon Blanc – into a globally-sourced range of Sauvignon Blancs from different regons .

The addition of a South African and Chilean Sauvignon Blanc to the range allows it to offer “as close to the Marlborough style as we can” Morrisons wine sourcing manager Charles Cutteridge added, while also introducing customers to a broader style of the varietal.

“We’re focussing on how to branch people out and educate them of the breadth of wines and styles on offer,” he said. “Crisp, dry whites will be a challenge, so if we can get people to branch out the better it will be.”

Cutteridge said the focus for the team over the last 18 months in terms of sourcing had primarily been to ensure continuity and keep products on shelves by increasing its focus on the supply chain  rather than concentrating on bringing new lines in.

“Npd has been more limited than we’d like as we haven’t been able to travel and the amount you can do from behind a desk is limited – but we are very excited about some of the new wines to the range,” he explained.

The retailer has introduced a number of new wines to the range, extending its range of Portuguese wines with a Vinho Verde (RRP: £8.75) and a Cidade Branca Alentjo (RRP: £8), as well as Italy with a Montepulciano d’Abruzzo under the Best label.

“At a time when customers haven’t been able to travel, we’ve seen an increased interest in more exotic European wines and Portugal has benefitted from that interest,” Jarman noted.

“What we saw during lockdown, we saw people buying a wide variety of wines, not surprising, as they were not able to travel, eat out or drink out – and there was definitely a propensity for experimentation,” he said.

“I don’t think we’ve seen a switch back to the pre-pandemic habits, customers are generally looking for variety and choice and value for money, exactly as they did throughout the pandemic period.

In terms of fizz, the 2010 English sparkling for its Best range (RRP: £25) has been going from “strength-to-strength”, Jarman said, while the popularity of the own label Morrisons Best Crémant de Limoux that was launched last year has seen a rosé version released, in time for Christmas.  Champagne range has been boosted with a new Veuve Cliquot Vintage 2012 (RRP: £55), Tattinger Prelude Grans Cru (RRP: £45), as well as Kylie Minogue’s Prosecco Rosé (RRP: £12) and a mulled wine style winter fizz that is designed to be drunk chilled.

“In a Prosecco style environment where people are looking for something with a Christmas feel to it, they can get that delightful Christmas spice character, but in a chilled format,” Jarman said.

Jarman said there had been a strong performance from the retailers premium own label range, The Best, which now numbers around 95 wines. It is also adding lines to its premium wines under the Best label, that was launched in Morrison’s top forty stores – those with “a more wine engaged demographic” Jarman said – around 18 months ago.

“More and more of our customers are trusting the range to deliver, based on the quality that they are experiencing. And we do put a lot of focus on working with our suppliers to continually push the envelope with our own label,” he said, pointing to the IGD Toscana that recently scored 92 points.

“That is a higher score than some wines that are eight times the price at £80,” Jarman pointed out. “It’s not unique, within the Best range, they do over-deliver – and the Toscana is an example of that.”