London-based wine club 67 Pall Mall is to open an outlet in Verbier “just in time for the most eagerly anticipated ski season in many a year”. 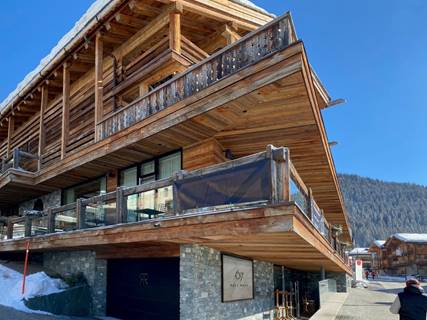 Announced officially today by CEO and founder of the wine club, Grant Ashton, the new 67 Pall Mall is due to open in seven weeks time to capitalise on the seasonal surge in visitors to the Swiss ski resort – an influx that’s expected to be especially frenzied this year following the pandemic.

67 Pall Mall Verbier will have a similar offer to its London base, and “guarantees” a “3000+ wine list” with over 500 wines by the glass, and similar corkage fees (CHF25 per bottle), although it also promises to house an impressive selection of Swiss wines, drawing on local producers of note for “mature vintages”, with Ashton describing the nation’s vinous scene as “the hidden gem of Europe”.

The addition of an Alpine base for 67 Pall Mall comes on the back of its extension into Singapore, where it has taken a penthouse in the Shaw Centre in the Orchard Road district of the city.

It’s also believed that the private members’ wine club is considering opening further outlets in key European wine regions, with a 67 Pall Mall Beaune and Bordeaux thought to be the next locations for the club.

According to an email from Ashton sent to members of 67 Pall Mall this morning, the Verbier version will take over the Vie Montagne restaurant and club, which is located in the heart of the ski resort, near the Médran lift station.

The food offering will comprise “a modern European menu of locally sourced ingredients which will feature favourites from London”, such as “the 67 Burger”, along with “locally inspired cuisine”.

Ashton also said that the club would not be the place for fondue and raclette, having decided “to offer a lighter, less ‘stick-to-your-ribs’ menu than traditional mountain fare”, and said that members should “expect culinary fireworks”.

The chef will be Jérome Henry, formerly the head chef of Les Trois Garcons in Shoreditch, head chef of Mosimann’s Private Dining Club in Belgravia and chef patron of his own restaurant Le Roi Fou in Edinburgh.

67 Pall Mall is to take over two levels of the building, with, upstairs, a members only clubroom, which will offer 66 dining covers, 8 seats at the bar, as well as 53 covers on the sunny terrace, “when the weather allows”.

Downstairs there will be a public wine bar, which will serve a “less formal bistro menu”, as well as the full wine list and in-house brewed beer.

The club is also set to offer a “67 Concierge” to take boots and skis for members and store them in the building.

Ashton also said that 67 Pall Mall will be “shipping a lot of wine from London to restock Verbier on a regular basis,” and this would allow members “to piggy-back on the club’s deliveries”, either for storage in the Members’ Reserves under the Club, or for delivery to their chalets.

However, noting that “67 Pall Mall Verbier needs to supplement its existing membership base with some new members to get to critical mass”, he is offering a range of incentives for fresh sign-ups to the club.