This is how Chancellor Rishi Sunak unveiled his widespread proposals affecting the drinks industry into today’s Autumn Statement to Parliament. 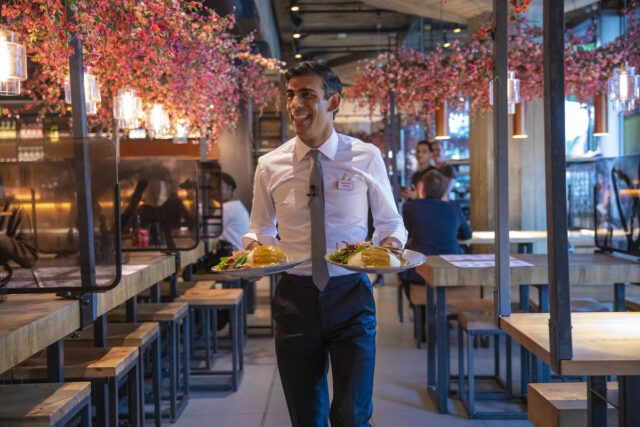 First introduced in 1643 to help pay for the Civil War, our alcohol duty system is outdated, complex and full of historical anomalies.

The Institute of Fiscal Studies have called it, in their words: “a mess”.

The Institute of Economic Affairs said it: “defies common sense”.

And the World Health Organisation have warned that countries like the UK which follow the EU rules are, and I quote: “Unable to implement tax systems that are optimal from the perspective of public health”.

Today, we are taking advantage of leaving the EU to announce the most radical simplification of alcohol duties for over 140 years.

We’re taking five steps today to create a system that is simpler, fairer, and healthier.

First, to radically simplify the system, we are slashing the number of main duty rates from fifteen to just six.

Our new system will be designed around a common-sense principle: the stronger the drink, the higher the rate.

This means that some drinks, like stronger red wines, fortified wines, or high-strength ‘white ciders’…

…will see a small increase in their rates because they are currently undertaxed given their strength.

That’s the right thing to do, and it will help end the era of cheap, high-strength drinks which can harm public health and enable problem drinking.

And because this is a more rational system, the converse is also true:

Many lower alcohol drinks are currently overtaxed – and have been for many decades.

…small cidermakers and other producers making alcoholic drinks of less than 8.5% ABV.

Third, I’m going to modernise the system to reflect the way that people drink today.

Over the last decade, consumption of sparkling wines like prosecco has doubled.

It’s clear they are no longer the preserve of wealthy elites.

And they’re no stronger than still wines.

So I’m going to end the irrational duty premium of 28% that they currently pay.

Sparkling wines – wherever they are produced – will now pay the same duty as still wines of equivalent strength.

Sales of fruit cider have increased from one in a thousand ciders sold in 2005 to one in four today.

But they can pay two or three times as much duty as cider that is made with apples or pears.

So I’m cutting duty on them too.

The fourth step I’m taking today will directly support the home of British community life for centuries: our pubs.

Even before the pandemic, pubs were struggling: between 2000 and 2019, consumption in the on-trade fell by 40%.

And many public health bodies recognise that pubs are often safer drinking environments than being at home.

So, as the Members for Dudley South and North West Durham will agree, a fairer, healthier system supports pubs.

So, I can announce today: Draught Relief.

Draught Relief will apply a new, lower rate of duty on draught beer and cider.

It will apply to drinks served from draught containers over 40 litres.

It will particularly benefit community pubs who do 75% of their trade on draught.

And let me tell the House the new rate: Draught Relief will cut duty by 5%.

That is the biggest cut to cider duty since 1923.

The biggest cut to fruit ciders in a generation.

The biggest cut to beer duty for 50 years.

This is not temporary…

It’s a long-term investment in British pubs of £100m a year.

And a permanent cut in the cost of a pint of 3p.

These much-needed reforms will come into effect in February 2023.

But I want to help the hospitality industry right now.

So for my final announcement on alcohol duty today, I can confirm that the planned increase in duty…

…on spirits like Scotch Whisky, wine, cider and beer, will all, from midnight tonight, be cancelled.

They back pubs and public health;

And they are only possible because we’ve left the EU.”