The whisky experts will release Glenmorangie A Tale of Winter next month, a 13-year-old single malt with notes of fruit, honey, cocoa dust and spice, designed for crafting fireside drinks. 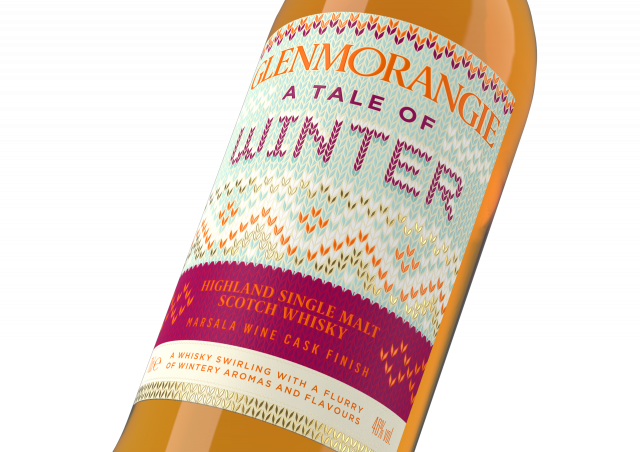 You don’t get a job title like ‘director of whisky creation’ without an impressive imagination and a little bit of Willy Wonka-esque mischief simmering below the surface. So when Dr. Bill Lumsden, who heads up Glenmorangie’s innovations, found himself snowed in at home, he began imagining a whisky that would capture the feeling of being wrapped up indoors, enveloped in a snug winter jumper, while outside was thick with snow.

His musings ultimately resulted in a single malt Scotch, mellowed in bourbon casks and finished in old Marsala casks from Sicily, with all the sweet, fruity flavours that the fortified wine imparts. All wrapped up in a limited edition bottle; complete with Scandi style label.

Glenmorangie A Tale of Winter, set for release next month, is part Christmas cake, part Highland hip flask. The limited edition whisky has notes and aromas of fruit, honey and Brazil-nut toffee, knitted together with cinnamon, ginger and clove. The whisky was crafted in stills ‘as tall as a giraffe’ to allow more space for taste and aroma.

What’s more, Glenmorangie has created a series of eight hot and cold wintry drinks for whisky fans to make at home, using the new pour, and other whiskies from the brand’s portfolio. These include a Winter Old Fashioned, a bold and velvety Quinta Ruban Hot Chocolate, and a Pumpkin Scotch Latte.

Glenmorangie A Tale of Winter will be available in the UK from 1st November, RRP £75. Stockists will include whisky specialist retailers and Clos19.