A fleet of 2,000 robot cats will stand in for human waiters at a Japanese restaurant chain to plug the human resources gap. 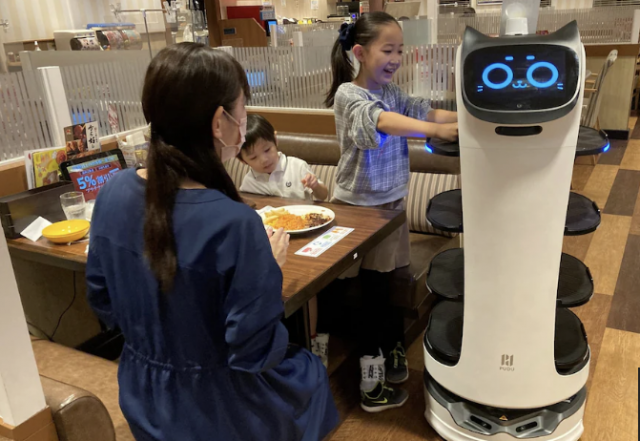 Like many countries, Japan is currently suffering from a chronic staff shortage in the hospitality sector, with government data revealing the number of Japan’s tourism and restaurant sector workers have dropped from 4.05 million in 2020 to 3.82 million in 2021.

But one Japanese restaurant chain has come up with an innovative solution to the problem.

A litter of robot cats, called BellaBots, will stand in for human waiters at Skylark restaurants to make up the shortfall. There is also the added bonus of the robot felines having a lower risk of spreading Covid-19.

It is unclear why the robotic waiters are ‘cats’ rather than robot people. But one thing’s for certain, Japan’s robotics industry has boomed during the pandemic, alongside contactless payments and digital menus, as companies seek to explore ways to minimise human contact, and keep customers safe.

Skylark Holdings will roll out more than 2,000 BellaBots, which come souped up with an array of facial expressions and 3D obstacle-detecting sensors.

Made in China, the black and white bots, with a digital face display, will be capable of carrying food for up to four people on an in-built tray, as well as removing dishes when customers have finished eating, according to financial newspaper Nikkei Asia.

Skylark, which operates 3,000 restaurants across Japan, will introduce the robo-cat waiters at many of its venues over the coming year, including its famous chain of Syabuyo hot pot eateries.