Closerie Saint Roc: The climat-isation of the right-bank?

In what might be seen as a further extension of a philosophy already applied for a number of years at the famous Chateau Le Puy, the Amoreau family has this month and for the first time unveiled two new climat wines from its most recent acquisition, Closerie Saint Roc. Colin Hay, our Bordeaux correspondent finds out more… 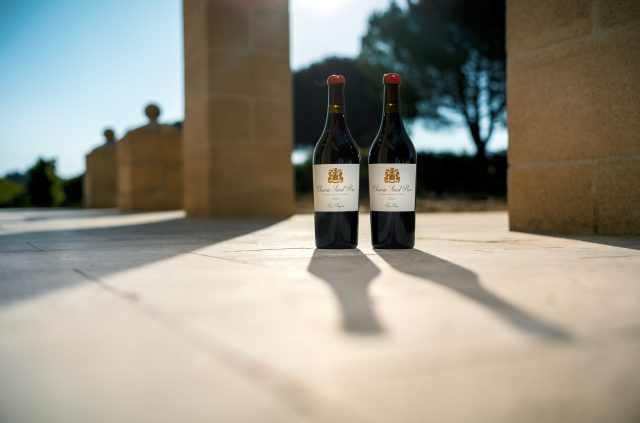 The vineyard itself is in Puisseguin (spanning the appellations of Côtes de Bordeaux and Bordeaux) almost literally at the gates of St Emilion and Pomerol, situated on a continuation of the Côteau des Merveilles. It is formed of 16 hectares on a clay-silt and asteries limestone subsoil. Strangely, the vineyard was originally planted with Mourvèdre and Colombard and only replanted with Merlot, Cabernet Franc and a little Cabernet Sauvignon early in the 20th century.

Pascal and Valerie Amoreau, in partnership with Harold Langlais, took over the running of the estate in 2012. Their self-appointed task, ever since, has been to reveal the complexity and unique character and identity of the distinct terroirs that comprise this singular vineyard.

Extensive analyses of the plots constituting the vineyard revealed an interesting diversity of terroirs, not dissimilar to Burgundian climats – and it is that self-styled Burgundian philosophy, as at Le Puy, that has guided the making of these wines. The result is the release of two climat wines, Le Pin and Les Noyers, alongside Closerie Saint Roc itself.

As befits the climat epithet, production of the new releases is tiny – at around 1,500 bottles in each case. 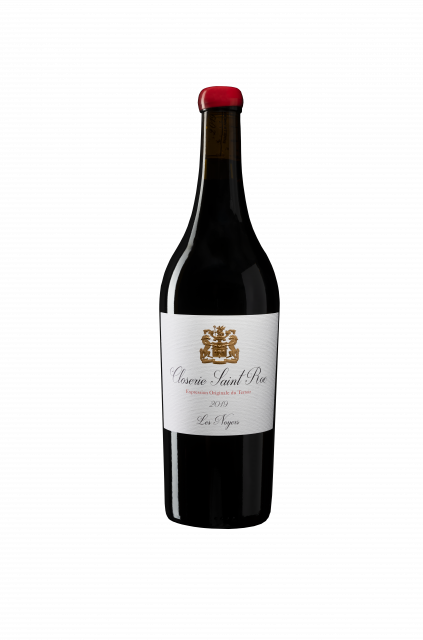 Les Pins comes from a parcel of 1.3 hectares of predominantly clay-silt soil over a fossil-rich limestone bedrock (around 1 metre below the surface).  It is planted with 50% Cabernet Franc and 50% Merlot.  The east-west exposure ensures optimal sunshine throughout the day.

Its sister wine, Les Noyers, comes from a somewhat larger parcel of 2.9 hectares on a hillside location with a more shallow, sandier soil on a limestone bedrock between 50 and 80 centimetres below the surface.  It is planted with 80% Merlot and 20% Cabernet Franc.

These are the two current releases.  But the project for the climat-isation of the vineyard of La Closerie Saint Roc is not completed with the release of these two micro-cuvée wines.  There are already plans to increase the number of small production single-parcel releases in the years to come.

The wine-making emphasises precision, elegance and finesse.  Fermentation through ‘infusion’ takes place in tanks using indigenous yeasts.  No sulphur or other synthetic products are added.  The wines are matured in used large barrels for 18 months; they are neither fined nor filtered.  The entire vineyard is managed organically and biodynamically (with both Ecocert and Demeter certification).

The wines are not offered on la place de Bordeaux and are only available directly from the property.

Closerie Saint Roc Les Noyers 2019.  80% Merlot; 20% Cabernet France.  Aged in used oak for 18 months.  Limpid and impressively translucent.  Ultra fresh and lifted with quite a lot of croquant Cabernet fruit in evidence on the nose (though there is actually significantly less Cabernet Franc here than in Les Pins).  Earthy, savoury and slightly gamey with a combination of dark briary and red berry fruit – above all, loganberries and mulberries.  There is a lovely distinct herbal/floral element too – rosemary and a hint of violet.  Pure, precise and nicely focussed.  At first this is rather compact and even strict and then it starts to open in and through the mid palate, revealing its deceptively broad-shoulders and muscle yet always remaining restrained, elegant and sleek.  Long, taut, lively and fresh from start to finish and with a fascinating salt and wild pepper minerality.  Delightfully crumbly tannins on the finish.  Very impressive already and packed with potential.  13.5% alcohol.  93+.

Closerie Saint Roc Les Pins 2019.  50% Merlot; 50% Cabernet Franc.  Aged in used oak for 18 months.  Very different in personality if with exactly the same focussed precision, elegance and poise.  On the nose, this is immediately more open, slightly richer, less taut and less austere than Les Noyers.  This is spicier too, a little less earthy and with more of a ferrous character to the saline minerality.  The fruit profile is very different too – more stone fruit notes (red cherries and plum skin), with a little bramble and raspberry; a hint of black tea leaf too.  Broader on the attack, with super-svelte tannins that fan out to reveal the breadth and girth of this impressive wine right from the start; then the crumbly chalky tannins start to grip, bringing the wine back to its mineral-charged spine.  Very classical and yet at the same time a very pure expression of a singular and distinct terroir, marked very much at this stage by the ferrous salinity.  13.5% alcohol.  92.