Quintessential Brands has revealed that three of the brand extensions from its Opihr gin brand, which it originally released pre-pandemic, have had huge appeal for people who want to travel to their favourite holiday destinations, but can’t. 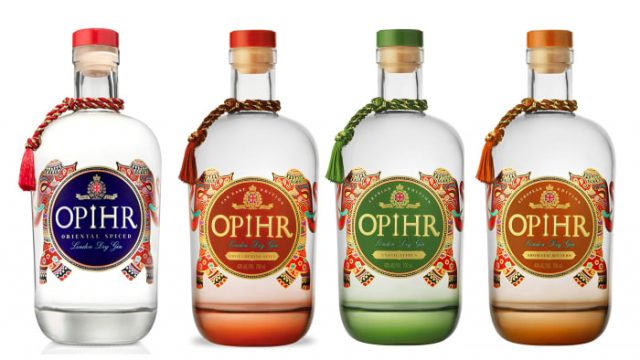 The new variants, which include a European edition, an Arabian edition and a Far East edition, are targeted consumers who are fond of globetrotting, flavour and mixology and yet miss visiting destinations and places renowned for their evocative native herbs and spices.

Robert Milton, global brand director for Opihr said: “In the European edition we used a lot of herbs known for their dryness – which is really great for a Negroni. In the Arabian edition we’ve used black lemons, which have a real citrus intensity and in the Far Eastern Opihr, which has just won two awards within travel retail, we used Sichuan pepper.”

Speaking to db, Milton explained: “These all launched in 2020 before Covid and it was a really bad time, so this (at the TFWA World Exhibition & Conference in Cannes 2021) is actually the first time people have been able to see them or taste them really.”

“Opihr is really taking people to places and giving them the flavour experience from there,” he said, highlighting that “the Arabian edition makes a really good Red Snapper and is great in both a Bloody Mary with a bit of heat to it, or a spiced Daiquiri”.

Milton revealed that Quintessential Brands experimented with “a couple of initiatives over lockdown” including “cocktails-at-home using an expert bartender to create a range of cocktails using the new gins. “They are not for sale – yet, but we’ll see,” he hinted.

Ophir already launched two RTDs back in 2018 – Seville orange and Indian ginger and plans to add a “Chinese grapefruit” (pomelo) variant to the line-up.

“In the UK the cans are available in Tesco and they have also just gone into Waitrose now too,” added Milton.