A drink with: Romain Loriot of ThinkWine, Hong Kong

The F&B scene in Hong Kong has always been fiercely competitive. Romain Loriot, owner of ThinkWine, spoke to db Asia on how to maintain the cutting edge of a wine bar operation. 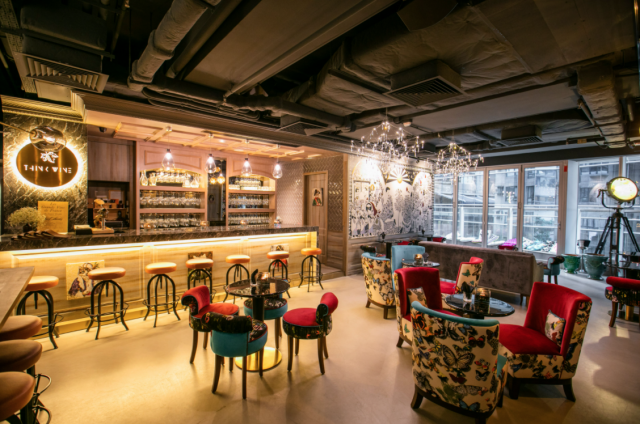 Nestled in SOHO, ThinkWine is the first sommelier-led wine bar in Hong Kong. Founded by Romain Loriot, who enjoyed a long working history with the Alain Ducasse Enterprise as head sommelier at Rech Hong Kong and Paris, the wine bar celebrates its second anniversary this month with an array of new offerings.

“In the very beginning, the focus of our bar was much more on French wine,” Loriot told dba. “Over time we expanded our non-French offerings from 10% to 25%. Now we have 16 non-French countries, from Australia, Italy and Spain to lesser-known winemaking countries such as Lebanon, Morocco, and China, on our wine list. We love to give a nice diversity to guests and we change our wine by the glass selection every week in order to keep surprising our guests. Many of them are very curious and love to learn about new wines.”

The bar has launched weekly themed nights to showcase their wine curation, for example, on Saturday, they have dedicated evenings to female winemakers by featuring a specially curated list of wines made exclusively by women.

Recently, the bar has also tapped into Japanese sakes, he explained: “Sake is equally as complex as wine. We are now offering some labels in various significant styles for our customers.”

Stocking more than 600 wine labels, with many imported directly from the wineries, French wines maintain at the heart of ThinkWine.

Loriot and his team put a lot of effort into discovering rare finds for Hong Kong drinkers.  For example, the team is working with acclaimed wine personalities such as Dominique Laporte, crowned Best French Sommelier of 2004 and a Master of Port, and Bertrand Bourdil, owner of Château Chérubin in Saint-Emilion and Master of Bordeaux wines.

ThinkWine is also the only venue outside of France to offer Château de Chambord, made by legendary winemaker Henri Marionnet.  ThinkWine also managed to get hold of one of the rarest allocations with Emmanuel Reynaud.

To take on an even more exciting project, Loriot developed his own label for the bar. “Our ‘ThinkWine’ wine, is a collaboration with different famous winemakers in the scene. We worked with Armand Heitz, who is based in Chassagne-Montrachet, for the first bottle in the series. Together we made a Bourgogne Chardonnay, which is totally different from what Heitz used to do – instead of barrel, we age the wine in amphora for extra purity and freshness as we want something distinctive and different. My sommelier Bastien did the harvest in Burgundy for this wine as well.” Limited to 568 bottles, the wine is only available at this bar.

According to Loriot, the team has already started working on the next bottle for the series.

The impact of Covid-19 forced ThinkWine to close for three months last year. However, Loriot is confident in the business: “Last year, we were affected for around six months, yet we are responsive in coming up with new business strategies and so far it has proved we are on the right track.”

On top of the wine programme, he has also extended the food selection of the wine bar. Other than cheese and ham platter, customers can now enjoy more dish choices, ranging from fresh oysters, and sharing-style platters to desserts.

“Since we have introduced an extensive food menu, more people are now coming for dinner and usually they stay for the entire night,” Loriot explained.

From November, the wine bar will rerun a series of pop-ups by Hong Kong’s acclaimed restaurants such as Frantzen’s Kitchen and 22 ships. The event was first introduced in 2020 but was temporarily halted due to COVID. The takeover will serve four to six dishes to pair with the bar’s selected wines.

“We always pride ThinkWine as a Michelin wine bar,” said Loriot. “Even though our team is small, everyone is very professional, well trained and motivated. Also, we prioritise customer feedback at all times – I believe that’s the reason why customers love to come back to us.”