A Hereford pub has sparked outrage by forbidding under 21s, and anyone wearing a hoodie, bum bag or Stone Island clothing from drinking there. 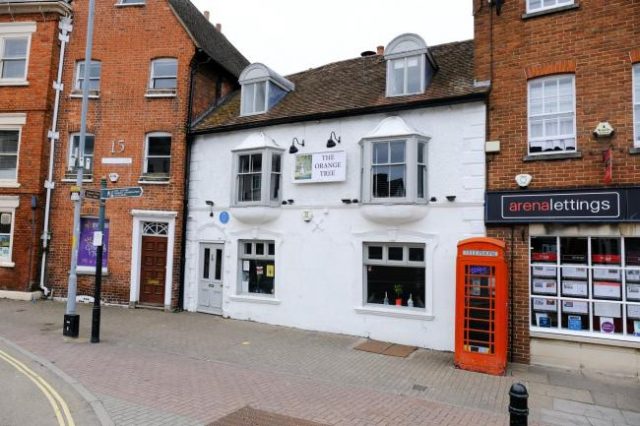 Publican Brian Hoyle, who took over 17th Century pub The Orange Tree last summer, has issued an announcement prohibiting ‘chavs’ and those aged under 21 from entering his pub because “they can’t handle their booze”.

As reported in the Hereford Times, the decision has caused outcry amongst young people, who have accused Brian of prejudice and class-based discrimination.

Hoyle said of his controversial decision: “The youngsters don’t know how to handle themselves in a pub. A lot of them turned 18 during lockdown and are just misbehaving, and putting off other customers. It’s those sort of young ones who are causing trouble.”

“There’s a lot of young chavs, or roadmen, with bum bags in Hereford, if you know what I mean,” he continued. “And they don’t know how to behave.”

Younger drinkers soon hit back, with one 22-year-old saying: “I understand that some young people play up after having a few too many but to slap a label on all of us is completely wrong.”

Another wrote on social media: “So somebody in a £400 Stone Island jacket isn’t welcome but if I turned up in a pair of £5 Primark trousers, I would be ok? It doesn’t make sense.”

Some punters say the landlord’s policy is not just age discrimination but class discrimination too, with one objector saying “A lot of people wearing these clothes are working-class lads. They are being singled out because of their social class.”

Other regulars, however, supported the move, with one backer saying: “Good for them. Especially with the behaviour of not handling their [sic] drink… need to show some respect for others.”