The Master of Wine has unveiled his hotly anticipated 2021 South Africa report, flagging Syrah as being the Cape’s most stand-out grape, and awarding just one wine a perfect 100-point score. 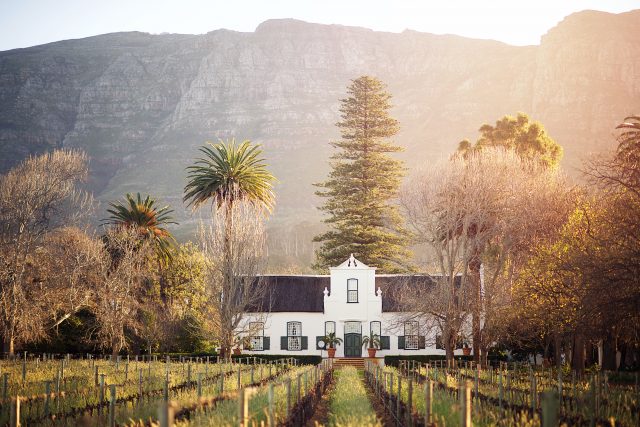 Tim Atkin released his 2021 South Africa report on Friday, having tasted 1,783 wines from 311 producers for the ninth edition of his annual nosedive into the country’s best wines.

Just one South-African wine bagged a perfect 100 score from the wine expert this year – the Rhône-style 2019 Sadie Family Columella. It’s the second time that the Sadie Family has earned full marks from Atkin, with its 2019 Skurfberg Chenin Blanc having achieved a perfect score in 2020.

Syrah provides the foundation for the 100-point Columella wine, a trend which Atkin says is set to continue, hailing the grape as the Cape’s most impressive red variety. In fact, Atkin’s latest report reads like a love letter to South-African Syrah.

“Syrah was responsible for 17 of my 161 wines of the year,” says Atkin, who cites Darling, Elgin, Greyton, Stellenbosch and the Swartland as being ideally suited for producing top Syrahs. Of the 23 total wines that scored at least 97 points in the report, Syrah expressions snagged five of the top spots.

According to Atkins’ report, Syrah holds 10% of the total area under vine and is the second-largest red variety in South Africa after Cabernet Sauvignon, and ahead of the pack (in planting terms) of Pinotage, Pinot Noir and Cabernet Franc. Its substitution for the word ‘Shiraz’ has become something of a misnomer in certain wine cultures and on this topic Atkins expands:

“Shiraz and Syrah are synonyms, of course, but they are often used to convey a stylistic preference… The distinction applies to a certain degree in the Cape, too. Shirazes tend to be riper, bolder and oakier (with American barrels the container of choice), whereas Syrahs are generally more northern Rhône-like, frequently sourced from cooler sites, or picked earlier to preserve freshness. ”

In his report, Atkin reveals that lower alcohol levels are a feature of these wines, as is less new oak and the partial or complete use of whole bunch fermentation. “It’s also fascinating to compare Syrahs from different soil types, especially granite, iron, sandstone and schist,” he says. “The fact that the likes of Damascene, Hartenberg, Kershaw, Gabriëlskloof and Mullineux make terroir-specific Syrahs makes this both easy and pleasurable.”

Around 70 Zoom calls with local producers allowed Atkins to compile his report, despite pandemic-driven travel restrictions, and Wines of South Africa also helped to facilitate.

“I take my hat off to the winemakers and viticulturists whose wines have achieved such high scores, especially in these protracted times of turbulence for the SA wine industry,” said the Master of Wine.