Trade body WineGB has revealed that Scandinavia now accounts for 63% of all exports, with Norway leading the pack in snapping up English and Welsh wine. 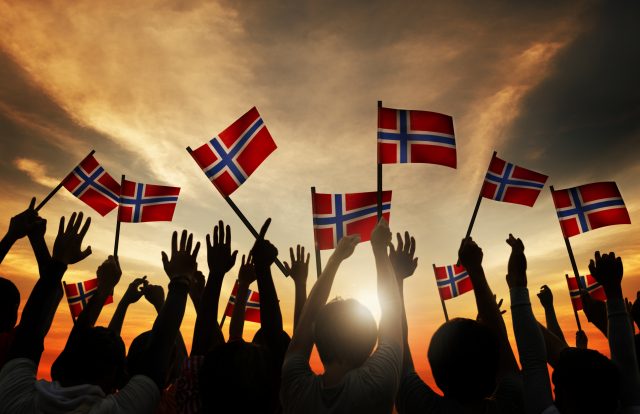 It’s been one hell of a year for English and Welsh wine, marked by growth both in terms of sales and in the soil, with around 1.4million new vines planted in 2021. “There’s so much vibrancy, energy and positivity in the market right now,” Simon Thorpe MW, CEO of WineGB, said at a trade and press tasting for the organisation today. “It’s been two years since we were able to have one of these tastings, and a lot has changed since then.”

In an exciting time for the industry, volume sales grew by 30% – “an excellent result in what has been a dramatically hard year” as well as huge online growth, seeing e-commerce and cellar door sales combined making up 50% of English wine sales.

During the last 12 months, key market growth has come from Scandinavia, and Norway in particular.

“I think there is a genuine interest in all things English,” Sam Linter, who became the new chair for WineGB in June, told db. “Norway really likes and connects with English culture, and Norwegian consumers also have diverse tastes. They’re more open-minded to trying different styles of wine.”

Douglas Jacobsohn, co-founder of Sussex-based English sparkling producer Busi Jacobsohn concurs: “I’m from Sweden and Swedes are much more conservative. They prefer to spend money on what they already know,” he told db. Given its part-Scandinavian roots (Douglas is Swedish, while his wife and co-founder Susanna is from Italy), the brand is arguably perfectly positioned to take advantage of this upward trend. “Well, I was in Norway last week at the Hotel Continental in Oslo, and they were serving Busi Jacobsohn, so perhaps,” he says, going on to explain that although his brand is part- Swedish, exports of Busi Jacobsohn are far stronger to Norway than to his birth country Sweden.

According to Lintner, who as well as serving as chair for WineGB is also managing director of Bolney Wine Estate in Sussex, the Scandi trend is anticipated to continue. “Exports of English wine to Scandinavia have been gradually increasing over the last five to seven years, and that growth has been sustained. It’s been more of a steady climb than a sudden spike. I can see the upward trajectory continuing.”