Winemakers in northern Greece are submerging hundreds of bottles of their wine into the depths of a local river. 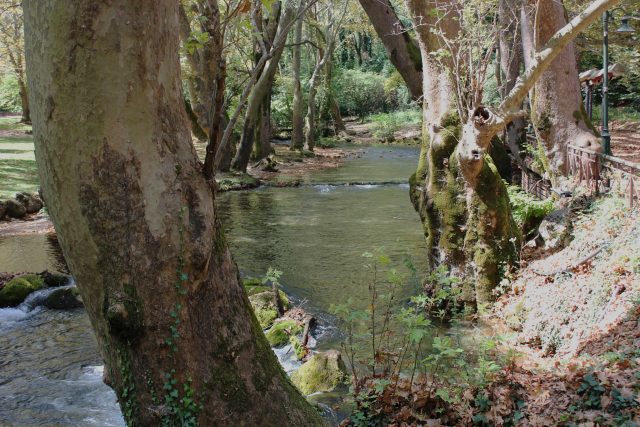 Around 22 Xinomavro winemakers in the town of Naoussa are using the Arapitsa River a ‘water cellar’ and have, according to the Tai Pei Times, begun ageing their wine in the cool running water.

Xinomavro, a variety native to Greece and often compared to Nebbiolo due to its ability to develop complex earthy aromas with age, is undergoing the exploration into water-ageing to see if the process affects the wine’s depth of flavour.

A crane reportedly lowered a large metal crate holding about 500 bottles of wine from off the riverbank while locals played ceremonial Greek songs to mark the occasion.

“The bottles are placed at 12m depth, and we aim to keep them there for at least 12 years,” said George Fountoulis, president of the Vaeni Naoussa wine cooperative which represents half of the region’s wine production.

Tests are to be done on an annual basis to check how the process evolves, he explained, pointing out that it is part of a trend in the past few years by winemakers to test the benefits of a deep soak on the wine ageing process, highlighting that scientists say that one year underwater is equivalent to three years in a cellar.

According to Naoussa mayor Nikolas Karanikolas: “This is an experiment and we will wait to see how the identity of the wine will evolve in these conditions. Our winemakers are well-organised, extrovert and always innovative.”

Oenologist George Diamantakos explained: “We know that oxygen is insoluble in water, the average temperature of which we estimate will be 16°C. The hygienic condition of the water is excellent, and we want to see how the sun and the natural environment of the river will affect the wine.”

Naoussa’s vineyards are on the slopes of Mount Vermio and predominantly produce Xinomavro. Approximately 5,000 tonnes of Xinomavro wine are made there each year. Xinomavro wine is exported to over 45 countries.

Winemakers from across the world are now testing out this new frontier in wine production which has been dubbed ‘Aquaoir’ – a play on the term ‘terroir’.

It comes after the discovery in 2010 of several bottles of shipwrecked Champagne, dating back to 1839, in the Baltic sea, that have proven to have aged in great condition and are selling at premium prices.

Champagne house Veuve Clicquot, whose Champagne made up the majority of the treasure-trove, have also tested the process under controlled conditions in the freezing Baltic sea.