Brewer Innis & Gunn invests in US expansion for its redesigned beers

Scottish brewer Innis & Gunn has unveiled plans to drive growth in the US market with new packaging and increased investment. 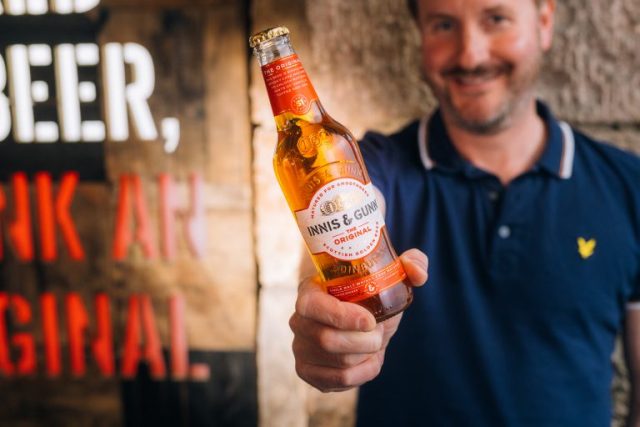 Innis & Gunn recently rolled out a packaging update which showcases its beers in clear glass bottles so consumers can clearly see the colours of the brew inside, plans to further support the new pack format and US market growth plans by investing “significantly” in marketing as well as digital and social media campaigns.

Dougal Gunn Sharp, founder and master brewer, Innis & Gunn said: “Innis & Gunn has big ambitions and rollout in the US is a key part of our growth strategy. Our award-winning, premium beers will be available to U.S. consumers and retailers in a format that they know and like and I look forward to bringing our innovative beers to new drinkers.”

Justin Fisch, president of US Beverage, responsible for sales, marketing and management of Innis & Gunn in the US, added: “The new look is confident and premium, reflecting the quality beer inside, and we are sure this will be welcomed by American retailers and consumers alike.”

The brewer has revealed that it has also recruited additional staff who will directly support the US market.