Scottish beer producer BrewDog’s latest release is packed full of nostalgia, with the launch of a collaboration with childhood favourite Parma Violets. 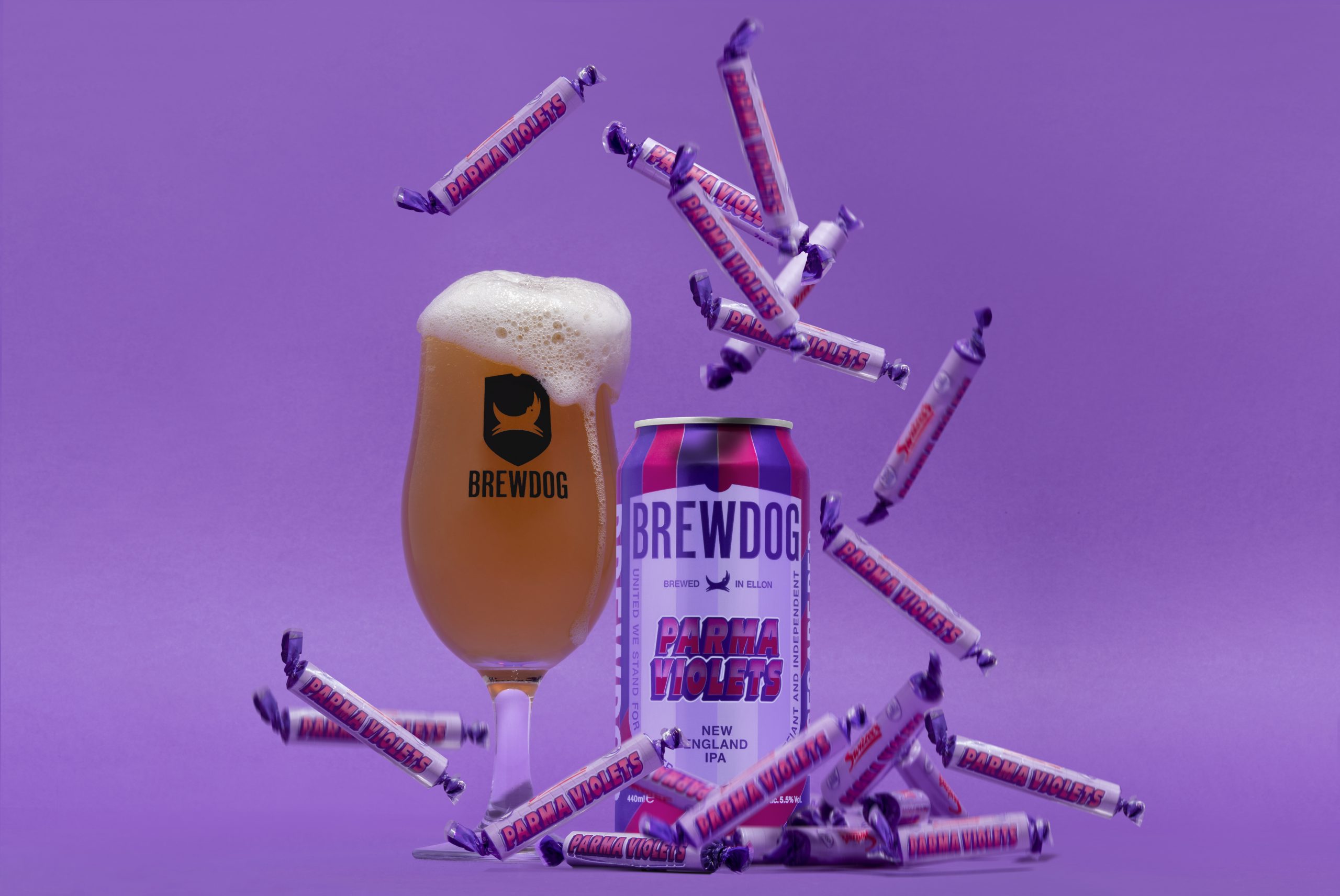 Citra and Simcoe hops add flavour to a malt profile of Pale, Wheat and Oats in the Brewdog Parma Violets IPA. Floral and perfumed notes from  the Parma Violets are the perfect addition to this 5.5% ABV beer, according to the producer.

The moment you’ve been waiting for… Our @SwizzelsMatlow collaboration is here!

We’ve only gone and brewed a beer using one of the most iconic sweets around. Parma Violets.💜

This is pick ‘n’ mix, with added hops.

Launching the collaboration on social media channels on Monday, BrewDog described the launch as “the moment you’ve been waiting for…”. But was it? One commenter on Twitter was less than excited for the new collab, reaching out with the warning comment “you should stop now” under BrewDog’s video.

Other fans of the Punk IPA producer were more positive, calling the new brew an “original idea”. At least that’s something.

BrewDog’s Parma Violets IPA is available exclusively in Tesco until 1 December when it will go live on the BrewDog webstore. Cans retail at £2.40 for a 440ml can, or £8 for a pack of four.

Looking for more of the latest news from Scottish beer giant BrewDog? The company just launched in Japan with the help of Asahi Breweries, bringing best sellers Punk IPA, Elvis Juice and Hazy Jane to the Japanese market. Read more on that here.