Biden set to shake up drinks distribution in the US

The US drinks industry is highly successful but incredibly fragmented and fraught with confusing local legislation. President Joe Biden might be about to change all that. 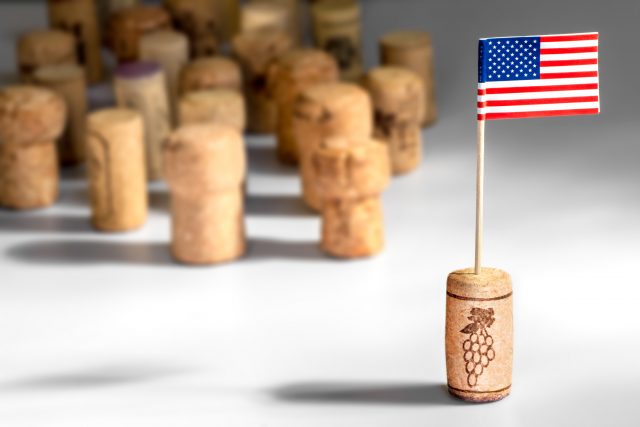 The United States is the most profitable market for beer, wine and spirits producers. But it is fragmented and covered by a maze of often confusing local legislation. President Joe Biden could be about to change all that.

When Prohibition was repealed by the 21st Amendment to the Constitution in December 1933, the power to regulate the sale and consumption of alcohol was devolved to individual states.

Most went their own ways so today Kansas, Mississippi, and Tennessee remain entirely dry by default: counties within them must specifically authorise the sale of alcohol for it to be legal and subject to state liquor control laws. Alabama allows cities and counties to elect to go dry by public referendum.

The philosophy behind the 21st Amendment was to permit moderate consumption and recoup billions of tax dollars lost to the bootleggers.

But it in 1935 Congress went further by effectively preventing vertical integration of the industry; to stop a brewer, for instance, owning the production, distribution and retail segments of the business and thus stifling competition.

This was in stark contrast to the British tied house system in which brewers not only owned the majority of pubs but also required their licensees to sell only their approved beer, wines and spirits.

Although largely dismantled today, that system still persists. Heineken, for instance, still owns a chain of some 2,500 Star pubs and bars. Marston’s owns 1,400.

But President Biden could be about to throw the US system into the air and nobody quite knows how the pieces will land.

In July he signed an executive order requiring the Treasury Secretary, Attorney General and the Federal Trade Commission to assess threats to competition and barriers to entry across a range of industries. His targets were mostly technology, telecoms and pharmaceutical groups.

But also included was an instruction to review the beer, wine and spirits sectors.

The Biden executive order seeks to protect and improve market access for smaller independent and new businesses and directs the government departments to assess the threats to competition and barriers to entry, as well as the effects of consolidating production, distribution and retailing of alcohol in the US.

For 90 years a backdrop of state authority and the aversion to vertical integration created a complex industry structure, usually of three separate tiers – production, distribution and retailing. In virtually every state regulations differ.

Some delegate authority to local communities – the “dry” counties; in others the individual state has given itself a monopoly of distribution and/or retail.

If you include Washington DC there are effectively 51 different markets and no completely nationwide distributors.

Biden’s review could change everything, especially as many see an industry that has evolved to restrict consumer choice.

Over the past couple of decades there has been considerable consolidation of production. Mega mergers and takeovers in spirits have seen groups such as Seagram, Allied Lyons, Beam and Vin Et Sprit swallowed by Diageo, Pernod Ricard and Suntory. Brown Forman and Bacardi have also moved to strengthen their positions.

Gallo, the Wine Group and Constellation Brands are the three ever visible names on US wine shelves while Anheuser-Busch InBev, Molson Coors and Constellation (again) together hold about 70% of the beer market between them despite the explosive growth of the craft segment.

And in all areas of production those big names are moving in on niche sectors such hard seltzers and RTDs, swallowing promising brands or swamping them with the power of their own big name offerings.

It is no coincidence that AB InBev and Constellation are at war in the US courts over the use of the Corona and Modelo names for brand extensions.

And spirits groups and brewers are forging links such as that between Brown Forman and Pabst, designed to develop each other’s product ranges and secure better distribution.

The same is true among the distributors themselves. Three companies, Southern Glazers, RNDC/Youngs and Breakthru Beverage – control about two-thirds of all wine sales in the US. The number of independent distributors has more than halved since the turn of the millennium.

It is hardly surprising that as part of its restructuring Australia’s Treasury Wine earlier this year forged a long-term agreement with RNDC to distribute its wines in a further nine states, taking the total to 12.

In retail, Costco, Walmart and Total Wine & More have rapidly grown their alcohol offerings but commentators argue that the remaining fragmentation shows the potential for further concentration in distribution and wholesaling .

In its submission to the Biden review WineAmerica has highlighted the difficulty smaller producers face in finding or changing a distributor/wholesaler and the “exponential decrease” in the number of distributors.

Retail groups and smaller wineries have argued that the state-based structure of the system enables anti-competitive conduct by wholesalers and inhibits direct dealing between producers and retailers. That is especially so in those states with a government monopoly of wholesaling and/or retailing.

For its part the Wine & Spirits Wholesalers of America has put forward the argument that the structure of the sector has created the world’s most dynamic alcohol marketplace, balancing social responsibility with business growth.

It says the 1935 three-tier system was designed to put middlemen in place so that no tier could impose anti-competitive market leverage or outsized market dominance.

It claims that dismantling the three-tier system in the name of greater consumer freedom could create the very opposite, generating market dominance and aggression “like we witnessed during Prohibition.”

The Biden executive order instructs the Washington agencies to report to the President with 120 days of being issued on July 9. There is little time left for further submissions.