What impact does the angel’s share have on climate change?

A member of the Scottish Greens political party has raised concerns over how the ‘angel’s share’ could be affecting global warming. 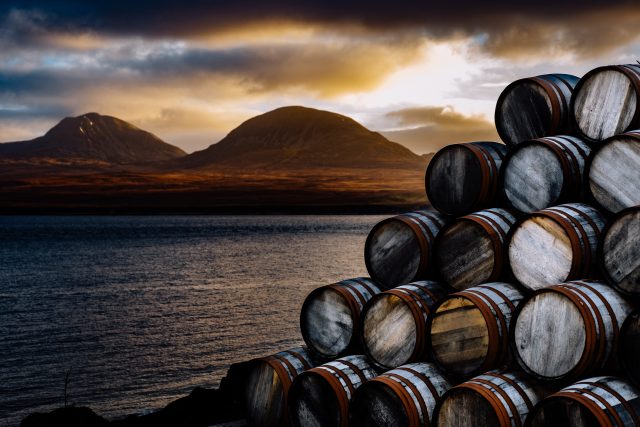 Around two per cent of the whisky made in Scotland evaporates into thin air every year thanks to a natural part of the whisky-making process. But could this be more harmful to the environment than we think? One Scottish MP is pushing for greater clarification and regulation over the issue of ‘the angel’s share’.

Scottish experts have long held that the ethanol which vanishes from gaps in the oak barrels used to store whisky, is harmless due to the speed at which it disappears. However, one Scottish MP has challenged the government on its data surrounding this.

As reported by The Courier, Ross Greer of the Scottish Green party raised concerns, saying;

“There’s a real lack of data in this area and little clarity from government on what is expected, so I was happy to lodge some questions.”

Minister for Environment, Biodiversity and Land Reform Mairi McAllan responded with the following statement: “The main release to air from Scotch whisky maturation is the fugitive emission of ethanol, which disperses very quickly in the atmosphere and is not considered to be harmful to human health through this exposure route.

“While emissions from maturation of Scotch whisky are not subject to regulation under the Pollution Prevention and Control (Scotland) Regulations 2012, SEPA works with regulated business through sector plans to help drive improvement and reduce emissions across environmental media.”

A spokesperson from the Scottish Whisky Association told The Courier:

“The Scotch Whisky industry continues to invest in research as well as work with SEPA and other regulators to improve efficiency and minimise the amount that evaporates from the cask. The Scotch Whisky sector is committed to a sustainable future and driving down our environmental footprint across all key impact areas.”

The industry has seen a 32 per cent reduction in greenhouse gases since 2009.