To automate, or not to automate? The big question facing Chile’s winemakers

A push and pull between a shortage of local workers and a desire to create truly handcrafted wines is causing a dilemma for Chile’s winemakers. 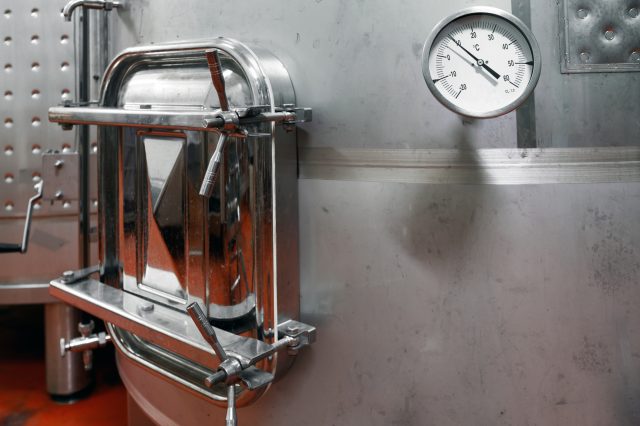 Whether or not to use advancing technology instead of the human hand has been a thorny issue since at least the industrial revolution. But the debate tends to pivot largely around whether or not we are ‘replacing’ humans and depriving real people of their right to do a job and earn a living. But what if a business wants to use real people, but the work pool isn’t there?

That’s one challenge that Chile’s wine industry is facing, with the country currently experiencing a migration of local workers from rural areas where manual jobs such as fruit picking are common to office-based jobs in the cities. It’s a shift that’s making the task of finding sufficient hands to harvest grapes and man the cellars increasingly difficult.

“I don’t want our winery to become completely automised. It’s important that we keep an element of handcrafted wines. But it’s been hard for us during the last two vintages,” Viña Santa Rita’s head winemaker Sebastián Labbé exclusively told db. “People aren’t really willing to work in the cellars. And now we are starting to notice the same pattern in our vineyards, too.”

Labbé revealed that a staff shortage is driving Viña Santa Rita to consider self-automising more aspects of its production process, a move which does not necessarily sit well with its head winemaker.

So what’s behind the scarcity of willing workers? “There’s the physical aspect to it – it takes hard work of course, and lots of time,” says Labbé. “But there is also a lot of migration in Chile from the countryside into the cities. People don’t want to do the same jobs their grandparents did. Who is going to run our vineyards in years to come?”

For those that do want to stay and continue working in the vineyards, there’s also a risk of being gazumped on salary. Labbé explains that local cherry and walnut pickers often receive better pay than grape pickers. “Employers can afford to pay their fruit pickers probably six times more than we can pay for harvesting grapes,” he says. It’s an economic reality that has seen traditional grape pickers abandon local wineries to pursue other forms of fruit picking.

Despite the challenges this presents, Labbé refuses to entertain the idea of rolling out machine automation across all areas of Viña Santa Rita’s production, with some stages, such as pruning vines and laying down canes, remaining sacrosanct.

“It’s an issue of balancing the help we do have between the vineyard and the cellar,” Labbé says. “I would much rather have people in the vineyard, using human resources for things like pruning, and allow more automisation in the cellar. I have yet to see any type of mechanical pruning that compares with a human hand.”

The winemaker, who describes himself as “a little bit old-school”, values having a physical, human connection with his vines.

“For me, pruning is the time when you become one with the vine. It’s a time when you really give a lot of thought to its future. I’d say that 90 per cent of the quality of a wine is displayed in the vineyard.”

He concedes that it is possible to mechanically harvest vines “in a good way”, and is also open to using more automation in producing Santa Rita’s entry level wines – “There’s lots of technology that could work here” – but is determined to maintain a personal touch for his fine wines, including the ultra-premium Floresta collection.

As for what else the future holds for Santa Rita, “sometimes you have to go backwards to go forwards,” says Labbé, who is ploughing much of the human resources the winery does have into continued research and development into the region’s terroir. “We’re not ready yet to start making single parcel wines. I’d love to have, in the future, a case of six different Cabernets showcasing the different styles of Cabernets it is possible to create from our Alto Jahuel region. Sometimes there is a significant difference between the aromatic profiles in wines made from vines growing just a couple of hundred metres apart. That’s more of a five-year project.”

Whether it will be humans or machines tending Chile’s vineyards five years on from now, we’ll have to wait and see.