11 years on from Ventisquero’s first plantings in the arid Huasco region of the Atacama desert, Sarah Neish discovers why it’s the only desert in the world where its inhabitants don’t want it to rain. 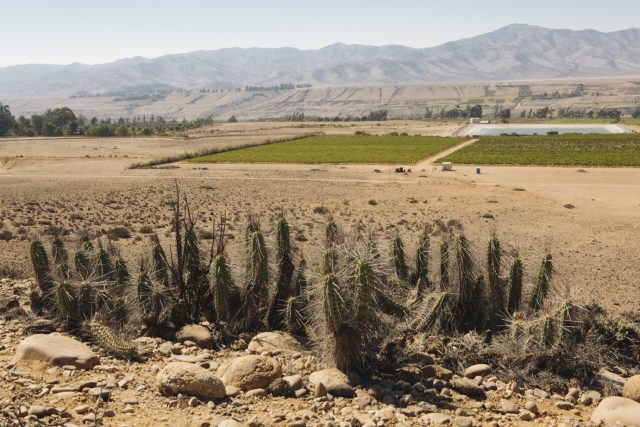 Chile’s Atacama desert is known as the driest desert in the world. With little to no rainfall each year (0-40mm), falling mostly between May and August, it should be thoroughly parched. However, a vineyard here owned by Ventisquero Wine Estates, the only winery to have plantings in this southern desert location, is surprisingly the wettest of all its propositions.

“It’s a crazy project, like growing vines on Mars,” Sergio Hormazabal Baglietto, oenologist at Ventisquero and director at Cofradia del Merito Vitivinicola de Chile, tells db. “We had huge issues with salt, and still do actually. But we are learning how to manage them.”

“We must irrigate around the clock, all the time,” Hormazabal Baglietto continues. “Not just to water the vines, but to divert the salt in the soil away from the plants.”

The soil in Huasco is extremely salty, and full of limestone. Thankfully, the vineyard is less than one km from the Huasco River – “more like a creek” – from which Ventisquero pumps water into a reservoir.

When it does rain, the team has to irrigate immediately, as the rain rapidly starts to rearrange the salt, funnelling it into myriad directions.

“We might have the driest desert in the world, but it’s by far our wettest vineyard,” says Hormazabal Baglietto. “We have to water it more than any of our other sites, and it’s not even to do with the heat, as our desert has a cool climate.” 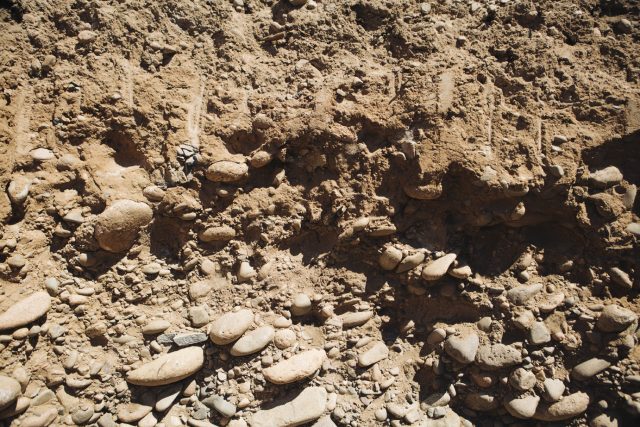 A morning sea fog, known as the Camanchaca, descends daily at dawn, creating a thick blanket over the region, which raises humidity and makes the vine leaves wet. It disappears by around 1pm every day.

“It’s also very windy, which leads to a lot of evaporation from the leaves. Unlike most other valleys in Chile, there is no coastal mountain range here to stop the wind coming in from the ocean. So, we have that direct influence,” explains Felipe Tosso, head winemaker at Ventisquero.

On the plus side, he says, the vines in Huasco are very low vigour and make wines “with a lot of personality”.

“We have no fungus problems here, as the vineyard is in a very isolated spot,” he adds.

A crudely dug desert bunker – “basically a big hole in the ground” – houses tastings several times a year. “We built it to shield us from the wind. There’s room inside for a table that seats eight, and it has a small canopy to protect us and the wine from the elements,” says Tosso.

It’s where the wine estate’s war counsel convened to establish a new wine from this unique location, a Sauvignon Blanc, already bottled and almost ready for release. “We call it Tara White Wine no.3,” says Tosso.

A more premium version of the winery’s existing Atacama wines, the new Sauvignon Blanc will retail at more than double the price of its stablemates, at around £30 per bottle.

Aged for one year in concrete eggs fashioned from stones extracted from the Huasco soil, it’s expected to reach the UK by October. “Due to the concrete ageing, you can really feel the energy of the place. This is not just any wine,” says Tosso.

“It’s super mineral, and all about the texture. A little austere on the nose, but much bigger on the palate, with very high acidity – around 3.1 per cent.”

Tosso reveals it goes perfectly with salty oysters due to the high salt content of Huasco’s soils, and talks of a local Chilean oyster, which is small but packed with intense flavour, as being the ideal accompaniment.

Hormazabal Baglietto believes there is a mystical quality to Chile’s desert, contrary though it may be: “The desert is so powerful. Somehow, it is able to give us more stability in terms of climate than almost anywhere else. That’s the magic of Atacama,” he says. “It has stayed this way for millions of years. It must have some kind of buffer which has kept it immune from climate change so far. Of course, global warming is always changing things, but here, the temperatures remain very constant.” 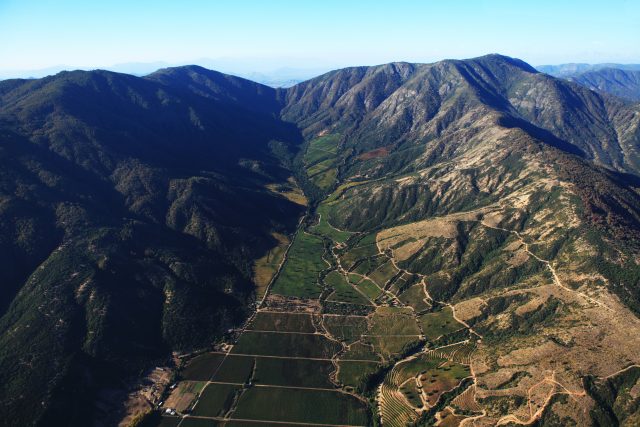 The “wettest dry desert” in the world is at stark odds with the dry farming methods used by Ventisquero in its other vineyards across Chile.

“We now have 25 hectares which are completely dry-farmed, with zero irrigation,” says Hormazabal Baglietto. Of these, nine hectares are fully planted, four in Apalta and five in Maipo.

“We’ve found that if you establish a vineyard and then cut irrigation and deprive it of water, it’s a disaster,” says Tosso. “However, if you train the vines from the start to be water-restricted then it can be very successful.”

The combination of dry farming in the lush lower valleys and copious irrigation in the arid desert must surely amount to one of the most curious contradictions in modern viticulture.

“You’re not wrong,” laughs Hormazabal Baglietto. “And yet there is much more water available in Maipo than in Atacama.”