Edinburgh brewery Innis & Gunn has launched a limited-edition bottled beer which has been six years in the making – the oldest vintage ever released by the brewer. 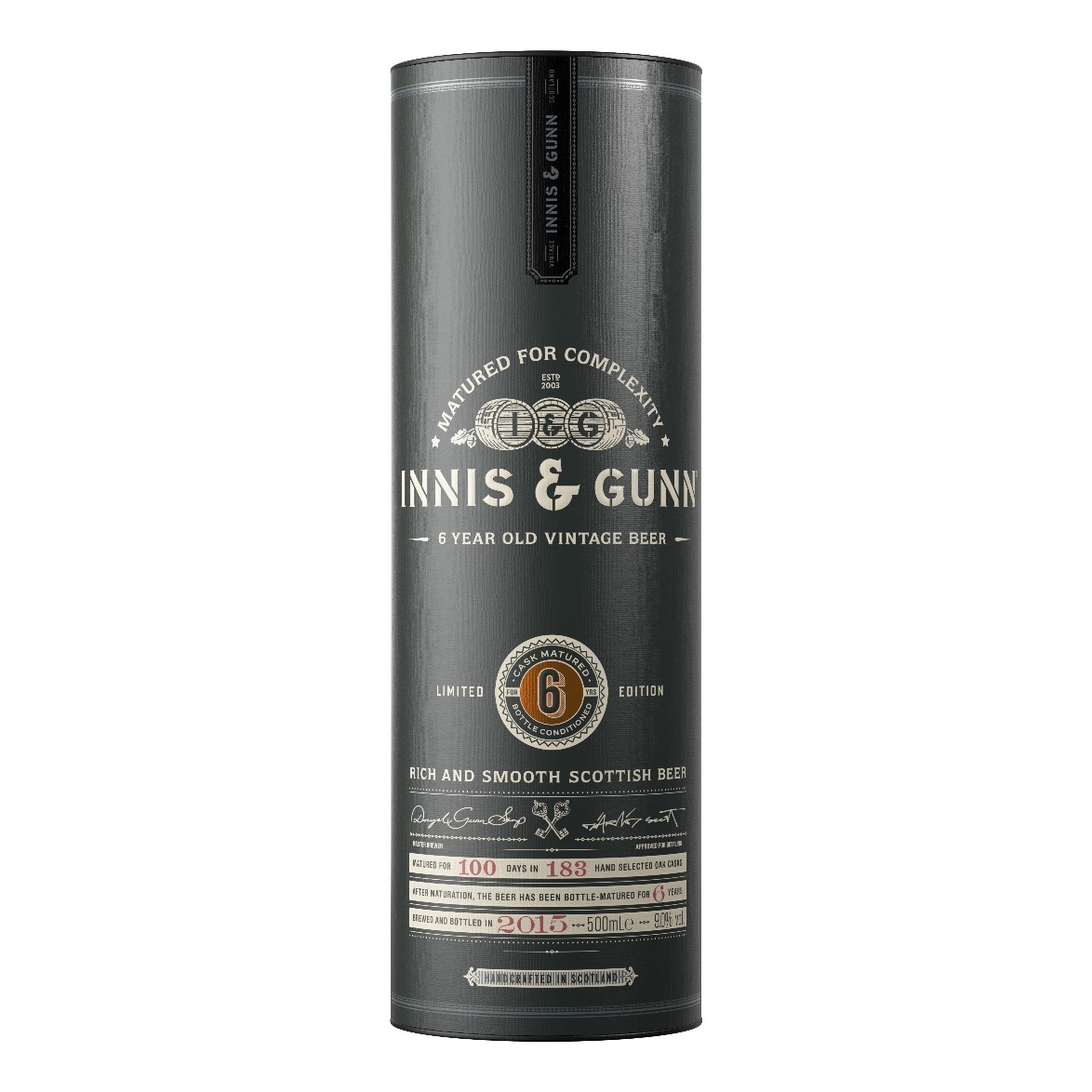 Vintage, a deep red beer with a 9% ABV, began its journey back in 2015, and spent its first 100 days in American Bourbon casks.

After that, the beer was bottled with live yeast and left to mature and develop for another six years.

“Innis & Gunn was founded on a passion for trying different styles of maturation,” said master brewer and founder Dougal Gunn Sharp, “and Vintage achieves a special milestone for us. As we finally release this one-of-a-kind beer after six years, it marks our longest maturation to date and one which is almost unheard of in brewing.

“Vintage is a journey – both for us as a brewer and for the drinker – as it offers such a wonderful and unusual experience, with its evolving aromas and flavours, from first pour to last sip. I would recommend enjoying Vintage with fellow beer lovers and comparing tasting notes to truly celebrate the unique qualities offered by this beer.”

Innis & Gunn has released just 1,000 bottles at 500 ml each. Priced at £25 a pop, the brew comes in a specially designed gift tube – the perfect present for an avid collector, according to its creators.

Want to know what it tastes like? Innis & Gunn founder Dougal Gunn Sharp explains: “It starts with a champagne like aroma, which carries into the taste, but this soon dissipates as the beer opens up to give aromas and flavours of Christmas cake, ginger and dark treacle with hints of cocoa. Wait five minutes more and liquorice and caramel start to emerge on the palate alongside more of the bourbon, malt and vanilla notes we are best known for. At some point it will pass through a phase of smelling just like a good white Burgundy. Towards the end of the glass, orange marmalade, toasted butter and smooth espresso”.

Curious craft beer fans can sign up for early access from now until Tuesday 31 August, just in time for the Vintage release which will take place on 1 September.

Release of the limited-edition brew comes just months after Innis and Gunn’s rebranding, which saw a swish new design for the brewer’s ‘Originals’ portfolio. Read more on the brewer’s latest developments here.