A mainstay of the Napa wine industry for four decades, Rosemary Cakebread is no stranger to premium Napa wines. Here she talks to db about a special Californian collaboration, creating wine over Zoom and how the pandemic has made her feel even more connected to the land. 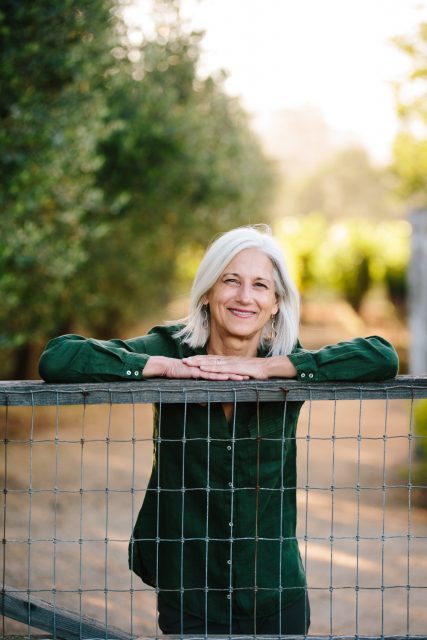 The celebrated winemaker has worked in Napa for more than 40 years, focusing on single vineyard expressions that allow her to tease out the personality of each vintage.

Her range of wines include an estate-grown Cabernet Sauvignon and a limited edition Petite Sirah from 70-year-old vines, as well as single vineyard wines from Oakville Ranch Vineyard, Rossi Ranch in Sonoma, and Rorick Heritage Vineyard near California.

“Every single year, the season presents something new,” she explains. “It is very  exciting to respect the vintage each year but also the vineyard, as the place where the wines are coming from. I’m not interested in making a single appellation wine, as for me it’s not as interesting as working with individual vineyards.”

“It was so much fun,” Cakebread says. “I’ve been participating in Premiere Napa Valley auctions for many years, at Gallica and before that at Spottswoode, and always wanted to do a joint lot but it never happened. There were so many changes this year, it presented an opportunity.”

She says that despite the project being done via Zoom meetings and DHL packages (“they were very important players in the process,” she laughs), it was surprisingly easy to come up with a really great blend because the four shared a common philosophy.

“We all love well balanced wines and we’re in the practice of striving to always make balanced expressions across multiple vintages” she explains.

That the winemakers were all women was not a conscious decision. “They were just winemakers who happened to be female,” she says. “But we’re all farmers as well as winemakers. We grow our own fruit and that is really important.”

This profound understanding of the soils and microclimates of the Napa Valley resulted in the 240-bottle lot ‘In Concert’, an inky-coloured Cabernet with complex aromas and firm structure. It was bought by Pol Roger Portfolio (Gallica’s agent in the UK, and the second-highest spender at the auction) for US$65,000 (£55,300), and Cakebread hopes to make it to the UK to help the team market the wines towards the end of the year.

Despite the challenges, Cakebread argues that there were upsides to the pandemic. Exports remained strong, and although the on-trade suffered, the estate’s strong and loyal direct-customer base proved highly important (Gallica’s estate-grown Petite Sirah is only sold by allocation for example).

“I wouldn’t want to do it again, but we learnt a lot,” she admits. “We learnt how to adapt, we learnt about Zoom, and we were able to devote a lot of time to the vineyards, so I feel like I know them more intimately now.”

She used the time to throw herself into new projects, including installing beehives on the estate, and looking at more sustainable packaging for the wines.

Sustainability has been her major focus since 2017, and Gallica has boosted its farming practices and water management, installing solar panels and batteries to try to be “off the grid’, and converting vehicles from petrol to electric.

“It’s our job is to make the changes and adaptions that are needed to have continued success,” she argues. “We are trying really hard as a community in Napa Valley, and we are working toward some long-term, sustainable solutions.”