Orange wine could be the next big thing from Argentina

A flurry of orange wines is getting industry experts hot under the collar as Argentine producers line up to release their own skin contact expressions. 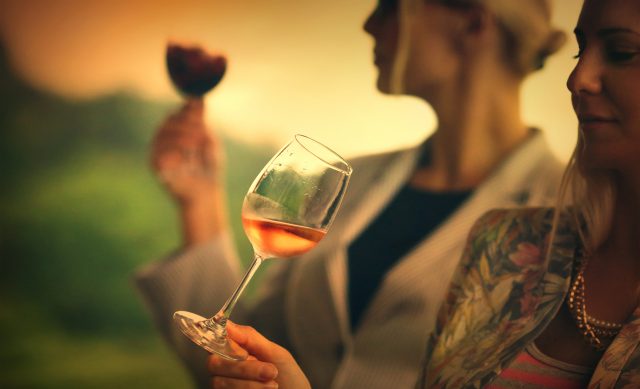 There can be no denying that Malbec still reigns supreme when it comes to wine from Argentina, with the gutsy red bagging the top spot for consumers across the globe. However, Argentina’s top export markets – leading with the US in pole position, with the UK hot on its heels, followed by Brazil, Canada and The Netherlands – should brace themselves for an influx of orange wine.

“Orange wine is a niche market, but a growing one,” says Phil Crozier, ambassador for Wines of Argentina. “A couple of big producers are poised to bring out an orange wine, including Susana Balbo, who is working on an orange Torrontés. It’s absolutely stupendous, and coming soon. I think we’ll be seeing more orange wine from Argentina.”

According to Crozier, an orange wine from this part of the world offers “a ginger, kumquat, citrus peel flavour, giving it a delicious marmalade character”. It also has a distinctive floral element – “not so much the exuberance of lilies and elderflower – more of a middle palate”.

Susana Balbo spoke exclusively to db about the project: “We first tried making orange wine as an experiment during our 2019 harvest, and we loved it,” says Ana Lovaglio Balbo, marketing manager for the winery. “The launch of our new wine will be in the second half of this year. We wanted to make a well-elaborated orange wine with finesse and elegance, far away from the hipster style that you tend to see in this category.”

Chief winemaker Gustavo Bertagna controls the destemming process so that only the grapes go to fermentation, then carefully monitors the maceration time to obtain a delicate orange colour, before ageing the wine in French oak barrels for nine months.

He describes his orange Torrontés as displaying aromas of white peach and orange peel, with a spicy, wide palate, adding “It is a transparent, elegant and persistent wine.”

Other Argentine winemakers, however, are less convinced by the grape’s potential for orange wine. “Torrontés has a certain bitterness in its skins and we don’t like the orange style it makes,” Laura Catena, managing director of the Catena Zapata wine estate, told db. “However, we have made Moscato with some skin contact, and it makes for a very refreshing, beautiful wine. So an orange wine made from Moscato could be interesting and delicious.”

The climate, it seems, is ripe for the taking, with consumers becoming increasingly open to venturing outside the realms of traditional Malbec.

“Chardonnay, Bonarda, and Cabernet Franc do especially well for us in the US, while UK buyers are gravitating more towards Semillon,” says Alejandro Vigil, chief winemaker at Argentina’s El Enemigo wine estate on non-Malbec favourites.

With a queue of Argentine orange wines waiting for release, it could prove the biggest test yet for changing consumer habits post-pandemic.