New evidence reveals hangovers are caused by inflammation rather than dehydration as commonly thought. And the discovery has led to a groundbreaking ‘cure’ that could make day-after headaches a thing of the past. 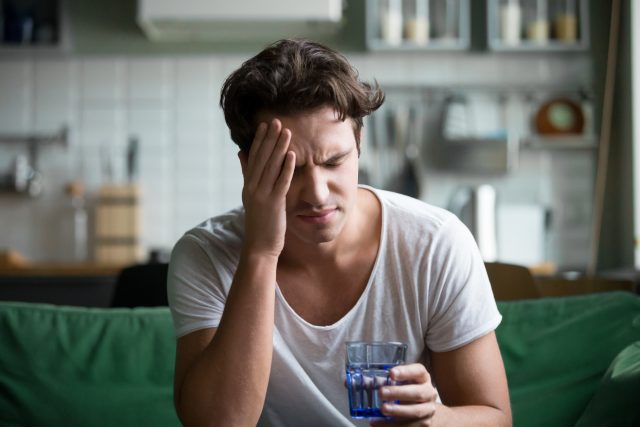 While traditional wisdom asserts that hangovers are the result of dehydration, pharmacist Jacqueline Iversen has found evidence that symptoms are instead caused by inflammation. The results of Iversen’s study into alcohol hangovers show that classic next-day symptoms, such as dizziness, headache, nausea and brain fog, can be prevented by disrupting the body’s inflammatory response with a new combination of drug molecules.

The new treatment, currently named SPJ-001, which is a combination of a non-steroid anti-inflammatory drug and an antihistamine, was given to participants prior to drinking alcohol. During the study, resultant hangovers were either “eliminated or reduced.”

Iversen, who works for, Sen-Jam Pharmaceutical, stated: “This has proven effective over 1,000 times in volunteers. By selectively combining agents from each category to enhance their anti-inflammatory actions, we can improve the consumer’s over-the-counter options. These products would be safer and more efficacious than the current over-the-counter pain and cold meds, the best hangover medicine, and an alternative to prescriptions. That’s a very big market.”

SPJ-001 has been granted patents in four countries and is pending in an additional eight countries.

“The inflammatory response to alcohol consumption and its contribution to the alcohol hangover” was also recently documented, by the Alcohol Hangover Research Group commissioned by the Journal of Clinical Medicine.

However, according to Drinkaware, dehydration is still outlined as “one of the main causes of hangover symptoms” and in its guidance offers standard hangover cures including: “Drinking plenty of water,” or “taking a painkiller and an antacid” as well as trying “a rehydration treatment”.