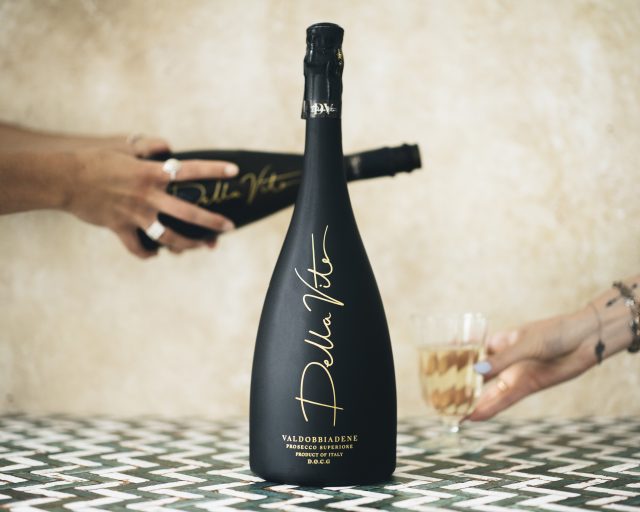 Della Vite Prosecco Superiore DOCG magnums hit the shelves on 9 August ahead of the UK’s National Prosecco Day today, and are available exclusively at Harvey Nichols.

Only a very small number of bottles have been released, meaning you will have to be quick to get your hands on one.

Retailing at £61 for a 1.5 litre bottle, the magnums are a new format for the brand, launched in autumn 2020 by Delevingne and her two older sisters, Poppy and Chloe.

The Prosecco Superiore DOCG was one of the brand’s first two products introduced to the market. It is said to pair perfectly with canapés of nocellara olives, artichoke hearts or figs and honey, with a mineral palate and smooth finish characterised by hints of crostini and chamomile, according to its makers.

Della Vite is the first joint venture between sisters Chloe, Poppy and Cara Delevingne. The fizz is produced in partnership with a third-generation winemaking family in the heart of Valdobbiadene in north-eastern Italy.

Cara Delevingne will be giving away signed magnums via her Instagram to mark National Prosecco Day in the UK.

Read more about how Della Vite was founded here.