Morgenhof wine estate will become the oldest property to be auctioned in South Africa – and is expected to fetch up to £5 million when it goes on sale tomorrow. 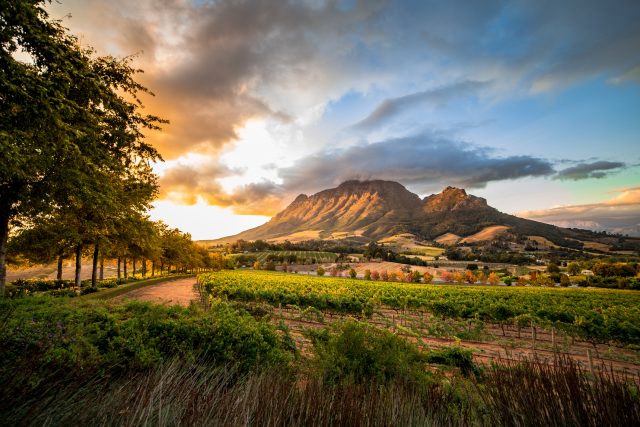 One of South Africa’s longest-standing wineries will be auctioned tomorrow, presenting a once-in-a-lifetime opportunity for one buyer to acquire a slice of the country’s rich history.

Current owner Anne Cointreau, who bought the Morgenhof estate in 1993, has engaged High Street Auctions in SA to sell the 329-year-old winery, which can trace its winemaking back to the days of the French Hugenots.

Located in the mountainous Simonsberg appellation, three km outside Stellenbosch, the entire wine stock currently in the estate’s cellar will also be included in the virtual auction that will be live-streamed from Johannesburg on 25 August.

Morgenhof’s 520-acre property is expected to fetch up to £5 million in the online sale. There is an undisclosed reserve price and interest has already been expressed from as far as Europe and the US.

The land includes two manor houses, a wedding chapel, restaurant and banquet hall and 170 acres under vine: “The auction will include everything – lock, stock and barrel. It is being sold as a going concern with trademarks and contracts in place,” Joff van Reenen, director of the High Street Auction Company has said.

“It is extremely rare for a historical estate like Morgenhof to be auctioned. I would even call it an opportunity of a lifetime,” Van Reenen added.

Since purchasing the estate in the ‘90s, Cointreau carried out restorations on the property including the addition of a 2,000-barrel cellar.

Cointreau has owned Morgenhof for nearly 30 years, but her family name has been synonymous with French viticulture for far longer. It was Anne’s great grandfather Adolphe who created the orange liqueur, which carries the family’s name and her grandfather who produced the luxury Remy Martin brand of Cognac.