Treasury Wine Estates has announced it is launching into the hard seltzer category, with its wine brand 19 Crimes. 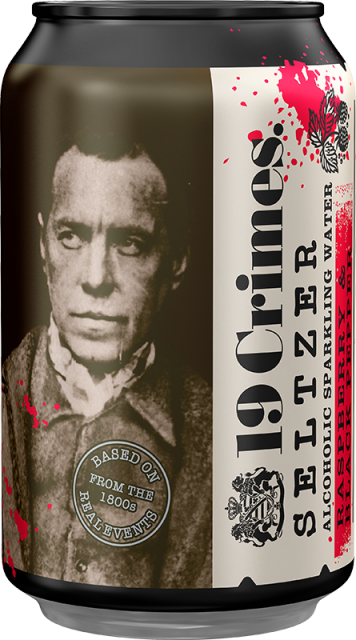 The brand, which launched in 2015 targeted at millennial men aged 18-34, is adding two canned hard seltzers – a lime bitters, and raspberry and black pepper – in order to appeal to a younger generation.

Both drinks clock in at 5% ABV, and contain only 99 calories per 330ml serve, with a “well-rounded… bold yet refreshing” flavour profile, the company said.

He noted that they would appeal to a younger demographic by “igniting their sense of discovery through the introduction of different products and flavour profiles”.

“The new seltzers will not only appeal to those seeking refreshment occasions, but they will also meet the increased demand for lower ABV drinks options.” he said.

The cans have been designed to display a similar look and feel to the 19 Crimes brand.

Hard seltzers are set to be the fastest growing sections of the RTD category, according to forecasts by the IWSR, with the added bonus of tapping into an increasingly popular format for on-the-go and single serve consumption.

They also appeal to those looking for lower ABV wines with a survery from Lightspeed/Mintel finding that around 44% of UK alcohol drinkers aged 25-34 saying they consider drinks with a lower ABV “appealing”.

The launch will be supported on social media, as well as through sampling activations across the year.