Shenzhen customs has reported a case of suspected smuggling RMB 18 million of fine wine including famous labels such as Lafite, Mouton and Penfolds. 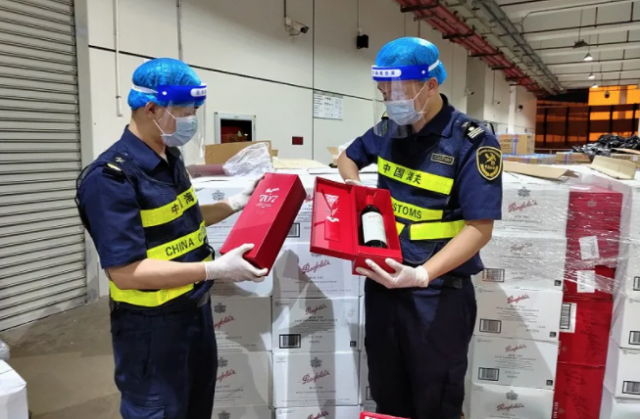 The batch was attempted to pass through the freight import channel by falsely declaring them as 18.57 tons of industrial-used rubber granules, which did not actually exist.

Instead, the batch comprised a total of 4174 bottles of fine wine such as Lafite, Mouton and Penfolds, 4174 bottles of champagne and whisky, 8,200 kg of dried seafood, and more than 400 bottles of branded shampoos. The initial estimate of the goods is about RMB18 million.

Industry insiders said before Covid, smugglers used to scattering the goods to various individuals and let them carry into the border by different batches. However, as travel restriction is imposed between Hong Kong and the mainland now, people can no longer travel between the two borders freely as before, as such, the channel of smuggling changed and the cases tend to go in larger batch and higher value.