Sogrape has teamed up with the University of Aveiro to help rehabilitate patients who have lost their sense of smell due to olfactory diseases like Covid-19. 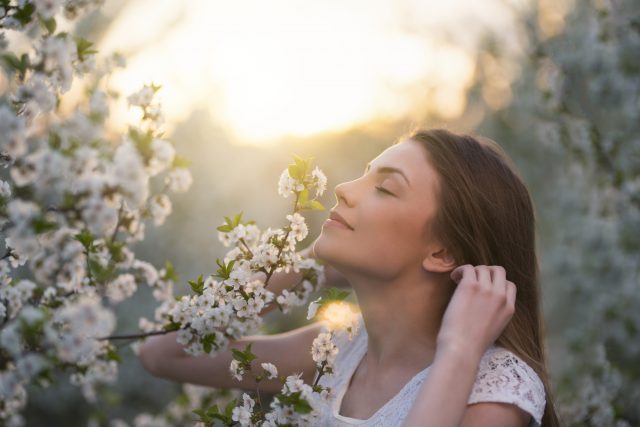 Among the many unpleasant symptoms and side effects of Covid-19 is the diminishing or even total loss of smell; something that for wine lovers is akin to Superman losing his powers.

A clever sensory kit has been created which could help to change that. Portugal’s Sogrape wine group, which owns brands including Mateus rosé, Marqués de Burgos and Sandeman, has joined forces with scientists at the University of Aveiro (UA) to create an all-natural kit to help retrain the sense of smell in patients with olfactory diseases such as Covid-19. It’s the Kryptonite, if you will, to Covid’s nasal clutches.

The ingredients were chosen for their sustainability as natural resources and the fact that the Portuguese population is familiar with them, making it more likely that smelling them will trigger positive olfactory memories.

Designed by UA researchers, the Portuguese wine producer supplied the plant material contained in the kit and contributed its considerable expertise in analysing aromas. There’s those super powers again.

The grapes used in the kit are varieties found in many Portuguese wines. Touriga Nacional, for example, is sourced from the Sogrape’s estates in the Douro Region.

“As a longtime partner of the University of Aveiro, Sogrape joined this project right away. Its aim is to create scientific knowledge to support the community… and, more specifically, it benefits the winemaking sector, which has an inextricable relationship with the sense of smell,” said Miguel Pessanha, board member and oenologist at Sogrape.

It’s not just wine fans and those who work in the wine industry such as sommeliers who may feel the kit’s benefits. Other professions such as chefs and perfumers could find it a godsend too.It is thought that the kit may be commercialised in the future.

Clinical trials are now underway at the Baixo Vouga Hospital Centre in Aveiro, Portugal to assess the kit’s efficiency in regenerating the olfactory epithelium in those with confirmed loss of smell.

According to Sílvia M. Rocha, professor of the chemistry department and team leader of the UA research group, “It is crucial to understand what type of molecules released by the aroma discs are most effective in recovering the sense of smell, and whether their impact is the same across the different types of olfactory disorders.”