Pesquera owner cut three eldest daughters out of will

Alejandro Fernández, founder of leading Ribera del Duero estate Pesquera, cut three of his daughters out of his will five days before his death, leaving his entire fortune to the youngest. 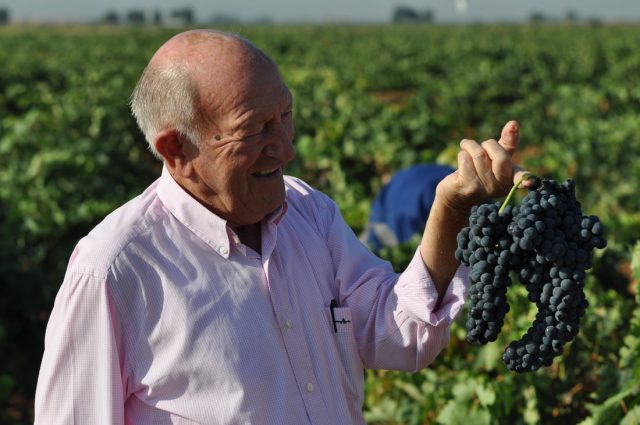 As reported by The Times, Fernandez changed his last will just five days before his death in May to exclude his eldest daughters Olga, Lucía and Mari Cruz.

According to the paper, the trio sided with their mother, Esperanza Rivera, when their parents separated in 2017, with only youngest daughter Eva remaining loyal to her father, leading to his King Lear-esque disinheritance of the others.

After their separation, Esperanza allegedly forced Fernandez out of the family wine business, valued at €150 million.

Pesquera is credited for turning around the fortunes of Ribera del Duero in the 1980s, and remains one of the most highly regarded wineries in Spain.

Back in 1990, Fernández divided the shares of his company – Alejandro Fernández Tinto Pesquera – between himself and his wife, giving each of his four daughters a small holding.

When he and his wife separated in 2017, the sum of his wife’s and three eldest daughters’ shares allowed them to take control of the business and push him and Eva out.

As reported by The Times, in September 2018 he was dismissed from the company and forbidden entry to the winery, which led to a series of legal battles.

“My daughters have been taking over everything little by little. I want what is mine. For the past year my own daughters have taken away everything I have done since I was a child. I just want to split it, have peace, make wine and continue my life,” Fernandez told El País in 2019.

After being pushed out Fernandez formed two new companies using the Pesquera name, while his wife changed the name of the bodega to Familia Fernández Rivera.

A settlement between the warring former spouses was nearly reached last November but fell apart due to tax issues.

On finding out he had disinherited his three eldest daughters in his will, youngest daughter Eva took Fernandez to a psychologist to confirm that he was of sound mind.

He died five days later, shortly after presenting his latest vintages at a restaurant in Santander. Those present at the lunch said the 88-year-old had been “in good spirits”, laughing, singing and signing bottles for fans.

Showing just how deep the family rift was, his daughter Olga is said to have found out about his death through a newspaper story.

Fernandez began his career selling and building beet harvesters. The patent for his design for a mechanical harvester helped to fund the purchase of the 200ha Pesquera vineyard in 1972, in Pesquera del Duero, west of Vallodolid.