Supermarket sales of booze jumped by £29 million in June boosted by good weather, the long bank holiday weekend and the run up to the football, the latest data from Kantar has revealed. 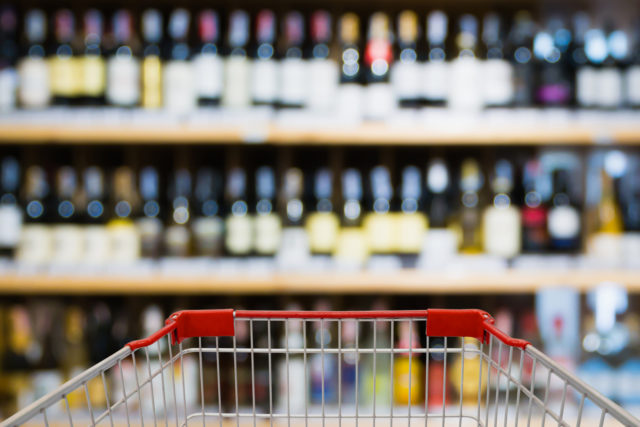 Despite the reopening of pubs and restaurants (albeit at reduced capacity), sales of BWS in retail saw a boost, due to a combination of factors.  As Fraser McKevitt, head of retail and consumer insight, pointed out, “the hot late May Bank Holiday this year had shoppers celebrating” while the run-up to the European football championships in June had provided another peak.

Beer, sparkling wine, flavured alcohol beverages (FABs,) and non-alcoholic beer in particular did well in June compared to May, Kantar told the drinks business. Beer and lager saw the largest sales, of 11.1million pounds, up 4.3% , although FAB’s saw growth of 32% (albeit from a smaller base) or £6.7 million. Non-alcoholic also saw 21% increase, to around £1.2million.

It was also good news for sparkling wine, whose sales rise 12% in June compared to May, providing an uplift of around £7.6 million.  Although spirits saw the smallest increase, up 3.2%, it still provided a boost of £10.8 million.

However, overall, take-home grocery sales were lower in the 12 weeks to 13 June 2021 than last year, down 1.6%, and footfall was down by five million fewer trips compared with May. However sales remained £3.3billion higher than in 2019, showing that the UK’s shopping habits have not yet returned to pre-pandemic levels.

McKevitt noted that while it was “encouraging” to see shoppers returning to their old habit, he warned that there was “still a way to go before the market entirely returns to normal.”

People are shopping in-store more often, but buying fewer items, taking the average spend per trip down by 16.6% in the last 12 weeks, it said. Meanwhile online sales had “plateaued”, Kantar said, with ecommerce’s market share remaining flat at 13.4% in the four weeks to 13 June. Year-on-year e-sales were up just 0.2%, which indicated a new “baseline” for online shopping, Kantar said.

He also noted the rapid growth of fast-track delivery services for smaller top-up shops, including the trial of Tesco Whoosh in Wolverhampton in May. This is now being expanded to 11 local stores in London and Bristol, aiming to compete against start-ups such as Gorillas, Getir and Weezy.

“[These services] are moving into the market for smaller trips, with baskets under £25 currently worth £41 billion online and in-store each year.  It’s definitely a case of ‘watch this space’,” he said.