The Rioja DOCa control board has named Fernando Ezquerro as its new president, who has taken over from former president Fernando Salamero. 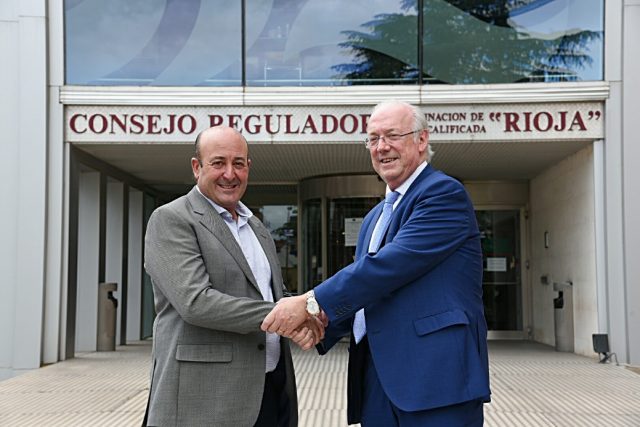 On 21 June a ceremony was held to induct Ezquerro in as president for a four-year term after he was voted in by a committee of representatives from Rioja.

“It is a personal honour for me to have contributed to the global success story that the Rioja designation has become.

“As I pass on the baton to the new chairman, I reiterate what I said when I took up the position in 2017: I will continue to do whatever it takes to protect the interests of Rioja and its members,” Salamero said.

“I will never forget our achievements, such as the introduction of new geographical indications, the progress made and certification received in the field of quality control, and the revamp of our promotional campaigns.

“My greatest aspiration is for future generations to feel as proud of our achievements as we feel about those of our predecessors,” he added.

Ezquerro said of his new appointment: “It is an honour to represent an institution of the standing of the control board and I will continue to steadfastly promote our wine and seek to enhance every stage of the value chain.

“I will defend the interests of this designation at every turn and will work to build as broad a consensus as possible before any decision is made.”

Ezquerro has been a member of the DOCa Rioja control board since 2008. He is also the president of FECOAR and of the Sectoral Wine Board of Agri-Food Cooperatives in Spain.

Born in the town of Autol, outside of his new role, Ezquerro manages the cooperative winery Marqués de Reinosa.

The Rioja DOCa control board was founded in 1927 under the presidency of Enrique Herreros de Tejada, president of the Provincial Government of Logroño.