In focus: The rise of luxury spirit sales at auction

Five years ago, spirits were an afterthought for auction houses. The market shift since then has been dramatic, with whiskies selling for staggering sums, finds Richard Woodard. 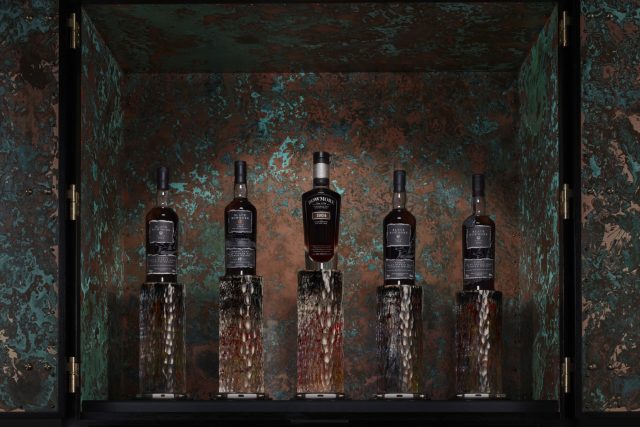 Another day, another record-breaking spirits auction. On Friday 21 May, it was Bonhams’ turn, and some familiar highlights emerged from the auction house’s Wine and Whisky Sale in Hong Kong: a bottle of Macallan Lalique 50 Year Old selling for HK$1.178m; 10 bottles of 30-year-old Karuizawa setting a new high for the closed Japanese distillery’s ‘Samurai’ Series of HK$818,400.

Five years ago, spirits were practically an afterthought for auction houses. Sure, there’d be a few bottles of Macallan or a 19th-century Cognac tucked away at the back of the catalogue, and Bonhams held dedicated Scotch whisky sales in Edinburgh, but that was about it. The market shift since then has been nothing short of dramatic.

Sotheby’s Wine Market Report 2020 is peppered with references to spirits. Domaine de la Romanée-Conti tops the auction house’s producer top 10, but Macallan is second, and Dalmore is fourth. Between them, the pair of single malts had a combined Sotheby’s auction value of almost US$10m in 2020 alone. 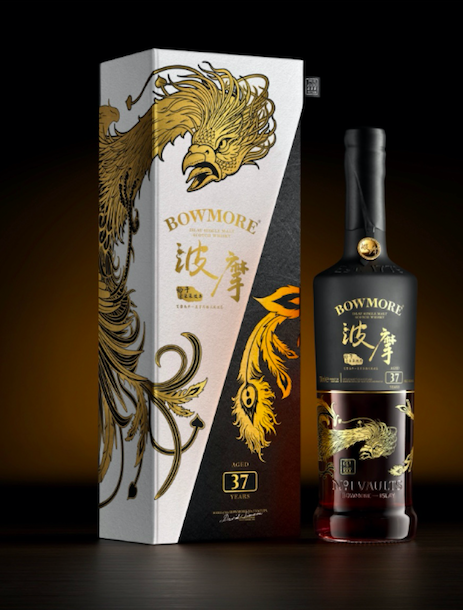 Spirits’ share of Sotheby’s receipts was a flat zero until 2016; by 2019, it had reached 13%, and last year it hit a new high of 19%. While Macallan continues to be the chief attraction for bidders – taking a 38% share of all spirits sales in 2020 – the spirits top 10 isn’t just about Scotch: there are six single malts, but also three Japanese whiskies – Karuizawa, Yamazaki and Hanyu – and one baijiu, Moutai.

The presence of Moutai gives a clue to where most of the growing enthusiasm for fine spirits is coming from. Sotheby’s records that 80% of spirits buyers are based in Asia, with only 4% from the Americas, and 16% from Europe, the Middle East and Africa.

It’s a relatively youthful demographic too, as the report makes clear: “Increased activity from younger buyers at auction is due in part to our transition to a digital format due to Covid-19, but also to the creation of wealth and a burgeoning interest in spirits among younger generations.”

As such, it came as no surprise to see Sotheby’s holding its first live spirits sale in Asia this April, when the chief highlight was the HK$4.375m fetched by The Black Bowmore Archive Cabinet, comprising all five releases of the legendary single malt. Not bad for a whisky that sold in Oddbins for about £90 a bottle when it was first released in 1993.

The Black Bowmore lot was supplied direct from the Beam Suntory-owned Islay distillery – a sign of how distillers are increasingly using high-profile auctions as a shop window to target collectors in the Far East. “We’ve increased our focus on luxury releases in this region to better reach consumers in places like China, Taiwan and Hong Kong,” says a Beam Suntory spokesperson.

“We also produce limited editions of Bowmore for specific markets, China being a key one of these. Annually, we release the Chinese Mythical Guardians series, and last year’s Bowmore 37 Year Old Fenghuang Edition paid homage to the Fenghuang, or Chinese Phoenix, a powerful figure in Chinese legend. The release demonstrates our ongoing commitment to creating distinctive expressions that drive desire and collectability in our Asian markets.” 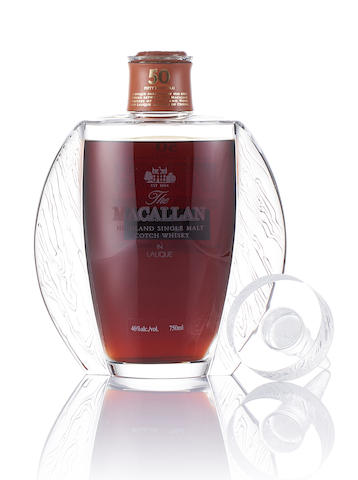 Auctions of rare spirits have undoubtedly boomed in recent years, but they are merely the latest symptoms of much longer-term secondary market trend. The Rare Whisky 101 Apex1000 Index, which charts the prices of the best-performing 1,000 bottles of rare whisky on the secondary market, has risen by more than 360% since its inception at the end of 2012 (up to 26 April 2021), and has pursued an almost relentlessly steep upward trajectory over that timescale.

“High-profile auction prices are not really driving the spirits market – rather, there is a significant long-term supply-demand imbalance for rare whiskies in particular, and this is supporting the ongoing price momentum,” says Matthew O’Connell, head of investment at Bordeaux Index. “The auction market simply represents a (meaningful, but far from majority) subset of broader market activity.”

In that context, we can expect the likes of Macallan and Karuizawa to increasingly share the auction headlines with other whiskies – and other spirits – as time passes. The broader market for fine spirits is becoming increasingly diverse, so the auction scene will inevitably follow suit.

Already we’ve seen a bottle of Irish whiskey – The Devil’s Keep – fetch a record-breaking US$60,000 at an auction in Texas last November, and in April this year Sotheby’s held a highly successful first American whiskey auction, The Thoroughbred Collection, featuring 250 rare Bourbons and ryes. The sale amassed total receipts of US$965,813, triple its pre-sale low estimate.

Just as Bordeaux leads the fine wine scene, but does not dominate it as it once did, the same is becoming true of single malt Scotch among rare spirits. One of the record breakers for Sotheby’s last year was a bottle of Cognac Gautier from 1762, which sold for US$144,525 – and one of the auction house’s distillery collaborations was with Colombian rum Dictador, selling a Sherry cask of 40-year-old rum filled in 1980.

But let’s not get carried away: that Dictador cask sold for £38,720, some way short of its pre-sale estimate of £90,000-120,000. The secondary market for rare and collectable spirits is moving fast and becoming more complex and diverse by the day – but it still has a long way to go.