An AI robot that uses motion sensor technology to follow its owner around makes sure you’ll never go thirsty. 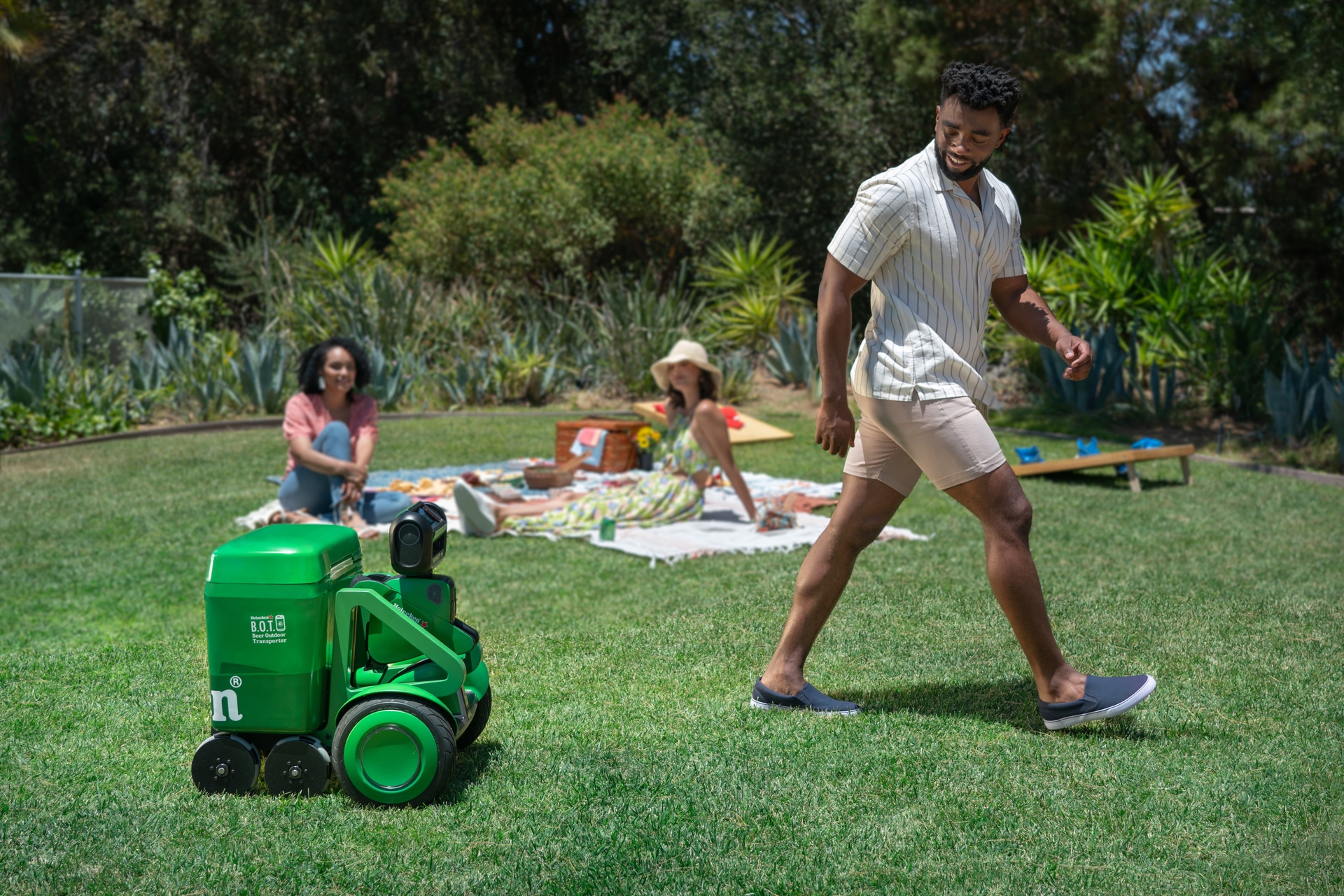 Picture the scene. The BBQ is in full swing, the music’s playing and you’re nearing the punchline of a witty tale that you’ve been relaying for the last five minutes. The last thing you want right now is for people to start drifting off towards the fridge in search of a cold beer. Enter The B.O.T.

This week, Heineken announced the release of its Beer Outdoor Transporter (B.O.T.); a clever green robot that looks and functions like a droid, using motion sensor technology to faithfully follow its owner around so that ice cold beer is never far from reach.

Set on two large wheels and four smaller ones, the robot cooler can hold 12 beers at a time, plus a cargo of ice, and can rumble away happily over grass and concrete without a blip. Though we’d probably caution against taking it on too many off-road adventures.

According to Heineken, the B.O.T has a “charming AI personality”, and can “speak” to its owner, asking helpful questions such as “Are you thirsty?”

Launched with the tagline “Wherever you go, your Heineken will follow”, the robot is gearing up to become the ultimate summer companion. Now, if only it could be programmed to apply sun cream to those hard-to-reach spots…

Fancy nabbing a B.O.T of your own? Heineken is giving away one little green friend to a lucky winner on Thursday, 1 July. You can throw your hat in the ring here.