Making elegant wines in the European style is a risk in California, according to Inglenook’s French-born director of winemaking, Philippe Bascaules. 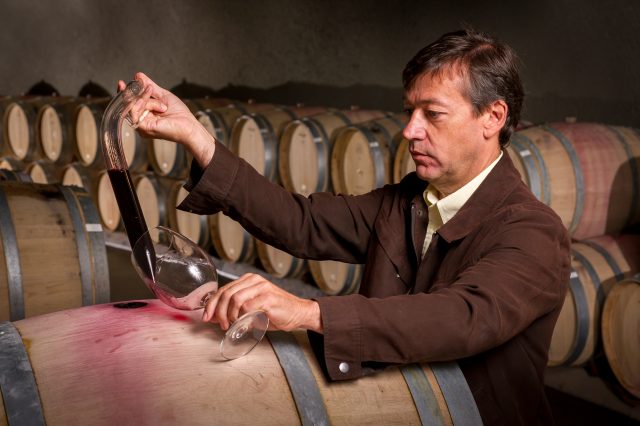 Speaking during an online tasting of the Inglenook range, Bascaules revealed that when he first arrived at the Rutherford estate his wines failed to wow the critics.

“It was very difficult at the beginning. I arrived in 2011, which was tough vintage, and got very bad scores. People didn’t understand the wines we wanted to make.

“I went to Francis Ford Coppola asked if he wanted to continue in this way, as it would have been much easier to make a big, high alcohol wines and get better scores, but he wanted us to continue with our approach, which I was so happy to hear.

“Winemakers always talk about elegance and freshness but sometimes you taste the wine and it’s exactly the opposite.

“It’s risky to make elegant wines in California as they can look weak in a line-up. Bigger wines are insurance for a better score, and there are only a few places in Napa that are able to produce elegant wines with the type of balance you get at Inglenook.

“Picking earlier and making Cabernets with lower extraction is a risk some people don’t want to take, as they know they will have to lower their output.”

Having joined as Inglenook’s general manager when he arrived in California in 2011 by way of Château Margaux, where he had worked as the estate director since 2000, in 2016 Bascaules became director of winemaking at Inglenook. He believes picking dates are key to the quality of California wine.

“I wanted to pick much earlier than people in the region are used to, because if you pick late the quality is uniform – wherever you make it, it will taste the same.

“The days are quite short in Napa, so it can be difficult to get the tannins ripe, which is why people pick later.

“We needed to help the grapes to ripen on time, so we trimmed the vines to decrease the canopy, so that less irrigation is needed. We also prune much earlier now – in December and January.

“These changes have led to wines that have much more identity of the place and vintage expression – we want to see diversity between the vintages,” said Bascaules, who warned of the dangers of waiting too long before irrigating.

“If you don’t irrigate until August you’ll have dehydrated vines, as they take the water from the grapes, so the sugar levels go through the roof, and you end up with wines at 16-17% alcohol, which is crazy,” he said.

“It’s also a mistake to increase vine density in Napa, as it means you have to irrigate a lot, which is illogical. Since joining Inglenook I’ve learnt how to make wine with very small, very concentrated berries with higher alcohol levels,” he added.

Bascaules is looking to the future with the changes he’s currently implementing at the estate.

“We have to create a balanced vineyard for the next 50 years. It’s important to let the estate, blocks and vintage express themselves.

“I don’t want to be too precise about the wines I want to make in terms of alcohol levels, tannins, and acidity, I want freedom within the limits I’ve set to be able to create diversity,” he said.

“It’s a nightmare if you create the same wine in 50 tanks. If you don’t have diversity you can’t create complexity ­– the essence of complexity is harmonious diversity,” he added.