Australia to file complaint to WTO over China tariffs

The Australian government is to file a formal complaint to the World Trade Organization over the 218% tariffs China imposed on Australian wine last year. 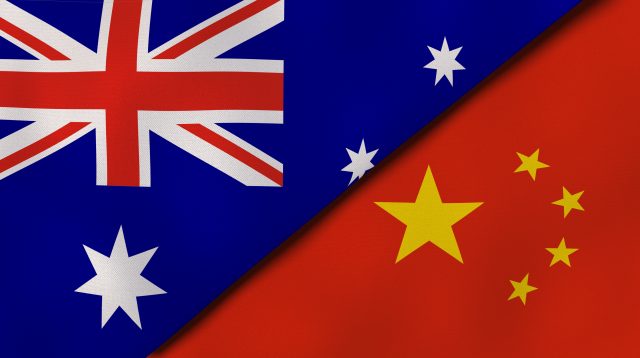 As reported by the BBC, the decision to take the dispute to the WTO was made after extensive consultation with winemaker,  the Australian government said.

On 28 March, China formalised import tariffs on Australian wine, continuing levies that had been in place since the end of last year and could remain in place for up to five years.

Australian wines have been sanctioned with anti-dumping levies that range from 116.2% to 218.4%. China says the tariffs were increased due to trading malpractice, which Australia denies.

Dumping – when a country exports a product at a price that is lower than it normally charges in its domestic market – is illegal in international trade law.

The tariffs have hit Australia particularly hard as prior to their introduction, China was the number one export market for Australian wine, making the country a vital source of income during a difficult time for the wine industry.

Australia remains open to engaging directly with China to resolve the issue, and is going through the WTO in the hope of being able to settle the dispute.

“The government will continue to vigorously defend the interests of Australian winemakers using the established system in the WTO to resolve our differences,” Dan Tehan, minister for trade, tourism and investment, told the BBC.

Tony Battaglene, CEO of Australia’s national association of grape and wine producers, told the BBC that referring the matter to the WTO was the right way to try to resolve the issue despite there being “no quick fix” to the matter.

“The main thing about a World Trade Organization action is that you actually get into a dialogue with the other country, so it does enable governments to start to talk about the issue and that brings the possibility of resolution,” he said.

Australian winemakers shipped just AU$12 million of wines to China in the four months from December 2020 to March 2021, while in the same period a year prior the country exported AU$325m of wine to China.