Taylor’s launches Port and tonic in a can

Historic Port house Taylor’s has launched a pre-mixed Port and tonic in a can.

Launching in the UK, US and Portugal from now, the premixed Port & Tonic contains one third dry white Taylor’s Port and two thirds tonic, along with a hint of lemon and mint.

Speaking exclusively to the drinks business last week about the impending launch, managing director of Taylor’s, Adrian Bridge admitted that it had taken a long time to bring the pre-mixed Port cocktail to the market, recording that he’s been trying for more than two years to get regulatory approval for the product.

Explaining the reason for this, Bridge told db that “Port is a highly regulated industry”, adding, “Port has specific characteristics, which do not include being diluted with tonic water”.

To overcome this hurdle, Bridge registered ‘Portonic’ as a brand, which he is obliged to place on the front of the can.

Talking about the can’s contents, he said that Taylor’s Chip Dry white Port is mixed with a “naturally dry tonic”, because, although the alcoholic component is a ‘dry’ Port, it has 32 g/l of sugar which means there is already a certain amount of sweetness, even though it’s around one third the standard amount in Port.

As for the market potential, Bridge told db that he expects to sell “at least one million cans in 2021.”

Commenting more generally on the addition to the category, he said, “I’m excited to take Port in a new convenience direction”, and said that he hopes the pre-mixed Port will bring in new consumers to the fortified wine category.

“It will work well as a tasting opportunity, and I hope it will encourage consumers to try a full bottle of Taylor’s Chip Dry,” he said.

Finally, he said of the canned Port and tonic, “We believe it will create more consumption moments, more awareness, and drive bottle sales, so it’s positive for the long-term trajectory of Port.”

Within hours of this article featuring online, db has been contacted by the founder of Martins de Sa Port, Marco Martins de Sa, to point out that Taylor’s is not the first Port house to put white Port and tonic in a can.

In fact, Marco pioneered pre-mixed 5.5% abv White Port and Tonic in a 250ml can, launching the ready-to-drink product in March 2020.

When he unveiled the product last year, he labelled it as a ‘spritzer’ (see picture below), but he told db that following the registering of a new term for the pre-mixed drink, he will now update the description on his cans to Portonic in time for the summer. 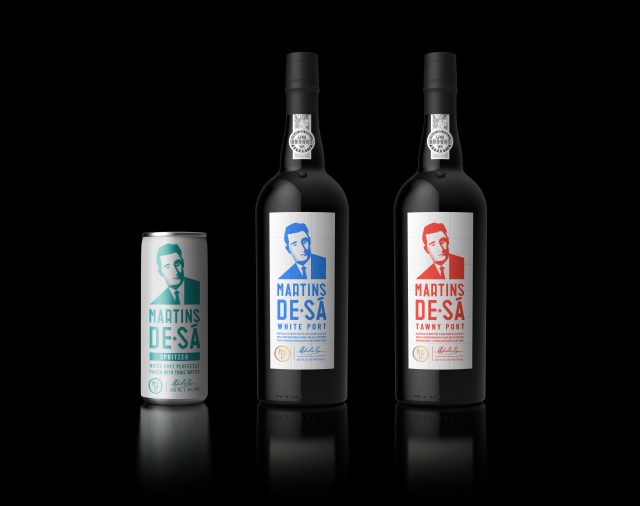