Grape pomace could be used in health supplements, study finds

Researchers at UC Davis in California have uncovered a potential new use for the grape skins, stems and seeds left behind from the winemaking process, in health supplements. 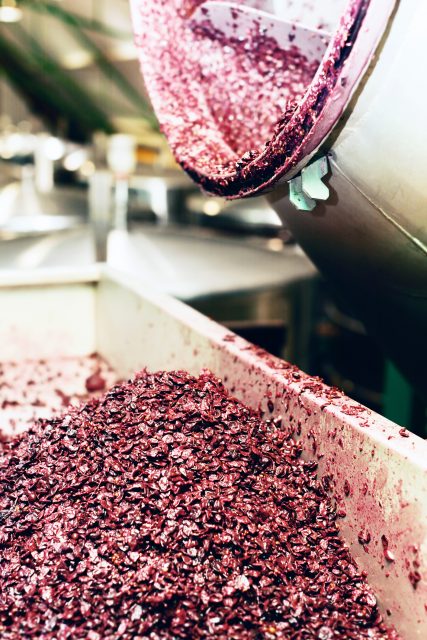 As reported in Wine Spectator, a team of scientists studied the chemical properties of leftover Chardonnay pomace – an everyday byproduct of winemaking.

After running tests on the Chardonnay grapes, the researchers discovered that the pomace contained a high amount of a carbohydrate known as oligosaccharides. This type of carbohydrate is commonly found in plant and human tissue.

“Early results are encouraging that marc could be a valuable source for oligosaccharides and other compounds that support health and nutrition,” lead scientist Daniela Barile, a professor of food science, told Wine Spectator.

“There is more research to be done. But early results are promising that Chardonnay marc can become a source for developing supplements and other food products to support health,” Barile added.

The research was the result of a partnership between the UC Davis and Jackson Family Wines. Owner Barbara Banke joined forces with Peggy Furth of Chalk Hill to create an entity focused on sustainability research and development.

Named Sonomaceuticals, the firm used Chardonnay grapes from Banke’s own vineyards in the project.

The project highlights a growing trend for collaboration between winemakers and the cosmetic/health food industries.

Back in 1995, cosmetics firm Caudalie unveiled a new range of beauty products based on the anti-inflammatory properties of resveratrol, which is found naturally in red grape skins and seeds.

More recently, researches at the Iran University of Medical Sciences discovered that resveratrol could potentially be adapted to treat endometriosis.