A handful of top Californian labels in recent, great vintages have been tipped for investment potential by wine merchant Bordeaux Index, and here’s why. 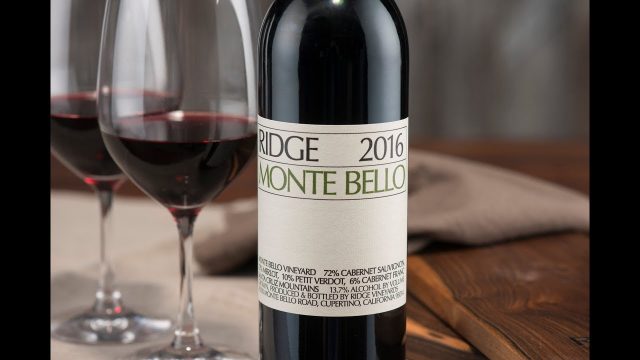 Although the expected returns for fine wine investors are forecast to be greatest in grand cru Burgundy and first growth Bordeaux as well as top Right Bank claret, for those looking to diversify their portfolio, California is “interesting”, according to Matthew O’Connell, who is head of investment at Bordeaux Index.

Having previously told db about the increasing demand and resulting price appreciation being seen in blue chip Burgundy after the US tariffs on most European wines were removed by the Biden administration – albeit on a temporary basis – we asked Matthew about other areas of potential for the fine wine investor.

Although he initially picked out Bordeaux – tipping famous châteaux from the 2000, 2009 and 2010 vintages in particular – as well as top Burgundy names from the 2018 harvest, he said that labels such as Ridge and Dominus from California could make good investments for a number of reasons, but particularly due to reduced supply following the disastrous fires in the state, along with rising demand because of the increasingly global distribution of these brands.

“The 2017 vintage was impacted by wildfires, and the 2020 vintage was of course horrendously affected, so supply will be down, and we have already noticed increased interest, helped by 2015, 16 being such strong vintages,” he told db earlier this month, before noting the high quality of the 2019 harvest too.

“So we expect more scarcity and price movement upwards,” he added.

However, such forecasted price appreciation is in contrast to the recent performance for fine Californian wines, which has been weak, according to Matthew.

Noting that in fact the region has been Bordeaux Index’s “worst performing region of the past year or so”, he said that it was due a turnaround.

The lower level of activity in 2020 for Californian fine wine (which was around -35% for Bordeaux Index) was due to a “combination of less stock due to lower US domestic selling by collectors – who had fewer regions to recycle sale proceeds into given the tariffs – and the poor performance of some wines, such as Screaming Eagle, which tends to dampen momentum,” he said.

Summing up, he explained further reasons for California’s less than stellar performance, “The market disruption from tariffs and also a strengthening GBP-USD (which is tricky because it drags Sterling prices down as a primary effect) has weighed on the region.”

However, looking ahead, he identified the following opportunities for fine wine investors.

“We see more potential in Ridge, possibly also Dominus – mainly through price/quality assessment by the market,” he forecast.

And, while he said that “Screaming Eagle’s prices should recover”, he added that Bordeaux Index “like the potential for Harlan, Hundred Acre, Colgin et al,” which he said offered “price performance potential” as they obtain “a broader global following”, even though he also noted that such wines are “hardly being under-priced from an intrinsic value perspective.”

Finally, he described Sine Qua Non as being “a category of its own,” recording a “surprisingly large global buyer base given the esoteric nature of the wines.”

Below is a chart showing the price performance of Screaming Eagle, Harlan and Ridge Monte Bello from the critically-acclaimed 2013 vintage, highlighting the increasing brand strength of Ridge in particular.

This fine wine news analysis has been produced in association with Bordeaux Index.