After Bollinger’s acquisition of Ponzi Vineyards and the sale of Redford Wetle, biodynamic vineyard Cowhorn has become the third winery in the state to change hands in the past month. 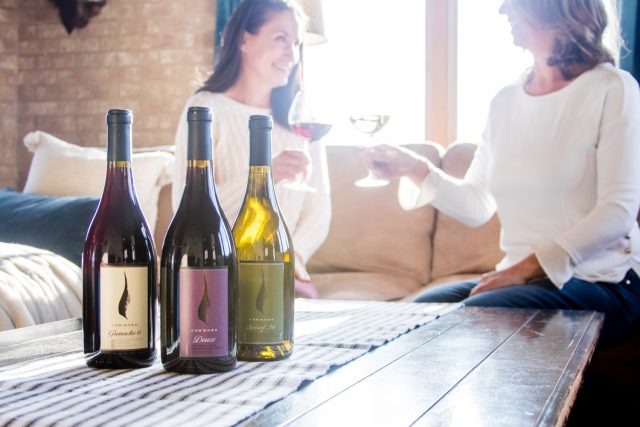 As reported by Oregon Live, Cowhorn Vineyard & Garden based in Applegate Valley is to be sold to a group of investors, 18 years after owners Barbara and Bill Steele first acquired the estate.

The 117-acre (47 hectare) property is planted with a range of Rhône varieties including Syrah, Grenache, Viognier, Marsanne and Roussanne as well as a bit of Tempranillo. The winery produces a selection of single varietal and blended wines under the Cowhorn label and claims to have constructed the first certified living building tasting room in the world in line with its commitment to sustainability.

According to Oregon Live, the group of investors lined up to acquire the property are led by Katherine (a.k.a Mini) Banks, who will become general manager of the winery and oversee its operations.

With a background in fashion, marketing and communications, Banks was most recently the marketing director of hospitality group True Story Brands, founded by restaurateur Justin Anthony.

Banks is also the daughter of the former owner of California cult winery Screaming Eagle, Charles Banks. Back in 2017, Charles Banks was sentenced to four years in jail for defrauding retired NBA star Tim Duncan out of US$10 million.

Mini Banks told Oregon Live that while her love of wine had come from her parents, they have no involvement in the project. Her fellow investors include her aunt, Patricia Russell, and friends Mark and Grant Gustafson.

Founder of the estate, Bill Steele, told the news site that it will continue to be farmed biodynamically and that the investors were planning to hire a female winemaker.

Over the years he said he has received many enquiries asking whether Cowhorn was on the market, but noted that the offer from Banks was “different” and “reflected a lot of thought and research”.

It follows news of the acquisition of Ponzi Vineyards by Société Jacques Bollinger earlier this month. SJB, the holding company of the Bollinger family, has acquired the Oregon Pinot specialist as part of a long-held ambition to expand the company’s position in the US.

Also announced this month was the sale of Oregon vineyard Redford Wetle Farms to Baryla Wines. The organic vineyard 3ha vineyard is part of larger estate that was farmed by Myron Redford and his wife Vikki Wetle since 1987. The vineyard is planted with Pinot Noir, Gamay Noir, Albariño and Sauvignon Blanc. Myron Redford also founded Amity Vineyards 1974, responsible for the first organic wine and Gamay Noir in Oregon. Redford sold Amity to the Union Wine Company in 2014.