Last weekend Champagne Taittinger was the toast of choice at the BAFTA Awards. The ceremony was conducted virtually, with 2021 marking Taittinger’s 19th year in partnership with the academy.

Bridgerton star Phoebe Dynevor was one of the few that attended the socially-distanced event in London, now in its 74th year. Dynevor presented the Outstanding Debut Award, which was given to writer-director Remi Weekes for his film His House.

Also attending was actress Cynthia Erivo, who was among the first stars to hit the red carpet at London’s Royal Albert Hall on Sunday. Erivo is pictured signing a Methuselah of Champagne Taittinger, exclusively labelled for BAFTA.

Also taking part was Scottish actor James McAvoy, who presented an award at the ceremony on Sunday. 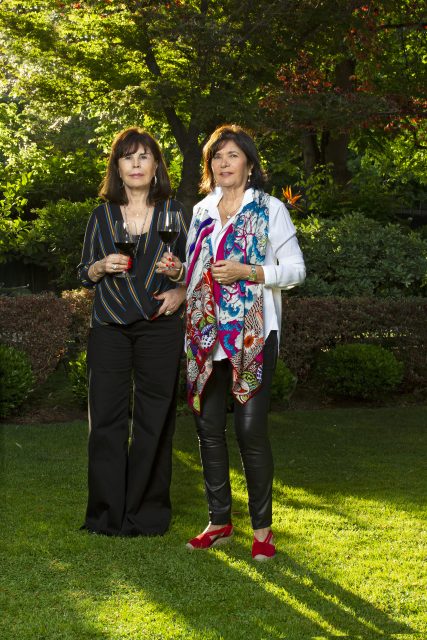 Chilean winery Aresti is celebrating its 70th anniversary this year. Founded by Don Vicente Aresti Astica and his father-in-law, Alfredo López, in 1951, the estate was originally known by the name of Bellavista. Today, the winery has a commercial presence in over 40 countries. In 2012 Begoña and Ana María Aresti López, the founder’s daughters, took over running the estate.

In a statement, they said: “The passion that runs in our family is the engine and the energy that drive us every day. It is the love of family, the land and a job well done. It means effort and discipline. It is enjoying life and, ultimately, the heart and soul with which we pass on the lessons and values learnt from our parents and the way we transmit them to our children and grandchildren.” 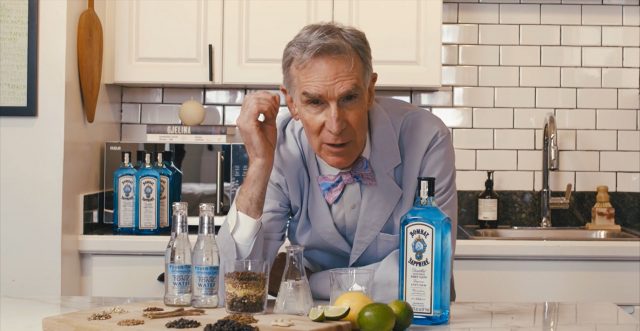 To celebrate the launch of two RTD G&T drinks in the US, gin brand Bombay Sapphire teamed up with science presenter Bill Nye for the release of a three-part video series. The series will explore the science behind the fusion of gin and tonic, and why it’s so popular. The videos will be released weekly on Instagram. 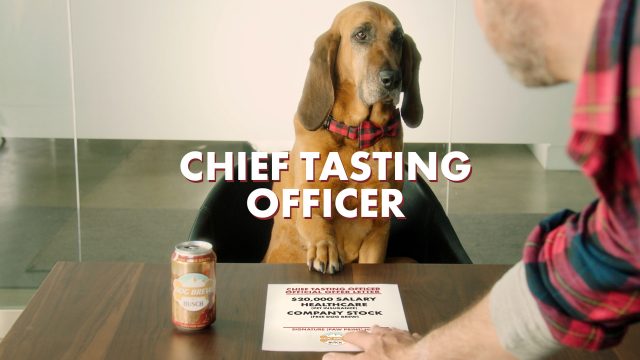 Beer brand Busch is offering one lucky canine the chance to become its chief tasting officer, a position that will help expand its Busch Dog Brew, which launched last year.

The successful, four-legged applicant will also carry out duties as a brand ambassador. Perks include a salary of US$20,000 and free pet insurance. 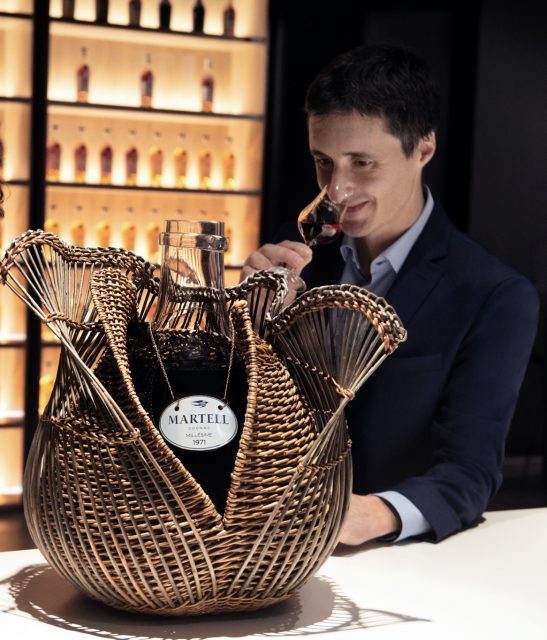 For the first time in its history, Cognac maker Maison Martell is releasing a collection of rare, vintage eaux-de-vie in Dame Jeannes. The 11-litre demijohns will hold liquid selected by cellar master Christophe Valtaud, and were crafted to hold this collection of vintage Cognacs. Among the collection are expressions from the 1951, 1958 and 1971 vintages. 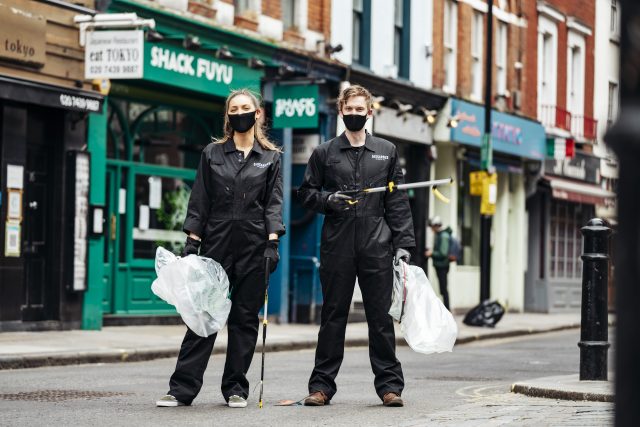 Sustainable drinks brand Discarded Spirits Co. unveiled a team of ‘zero-waste-warriors’ to clean up London’s Soho this week as outdoor hospitality in England reopened. The team spent more than four hours tidying and cleaning the streets and will use the collected litter to create re-wearable face masks. Every bag of litter collected is turned into 10 renewable face masks and the first 250 face masks produced will be donated to bars in the local area. 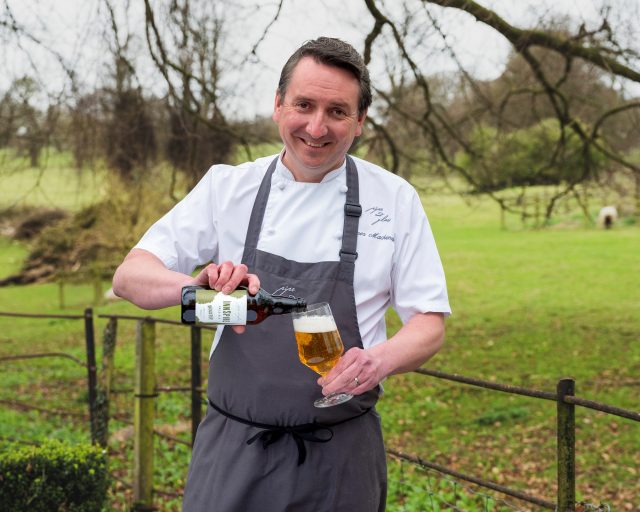 East Yorkshire brewery Wold Top has created a new beer for the county’s first and only Michelin-starred pub, The Pipe and Glass. The pale ale, called InnSpire, has an ABV of 4.2%, with its name being inspired by the 200ft spire of St Mary’s Church in South Dalton.

The pub will reopen for al fresco dining on 22 April.

Wold Top director, Kate Balchin said: “No strangers to fine ingredients, James and Kate [of The Pipe and Glass] worked closely with our brew team to develop an intriguing IPA with notes of citrus and floral aromas that give way to a gentle bitterness. We love creating bespoke beer for clients and this project was particularly enjoyable as James and Kate are so passionate about provenance.”

Bacardi has appointed Matthew Cordiner as its global malts ambassador for its range of single malt Scotch whiskies, which include Aberfeldy, Aultmore, Craigellachie, The Deveron and Royal Brackla.

Cordiner has over 12 years’ experience in the whisky distillery, having started at Glenlivet as a distillery tour guide before joining the Chivas Brothers Graduate Programme. He joined Bacardi in 2018 as Dewar’s Aberfeldy brand home ambassador. He takes over from Georgie Bell, who becomes head of advocacy for Bacardi’s incubation brands.

Cordiner commented: “Since taking on the role, I think I am officially the least ‘global’ global brand ambassador in the history of the title! That said, I’m delighted to say I’ve probably spoken to more whisky enthusiasts around the world than most global brand ambassadors do in their first year thanks to the virtual world we now live in.” 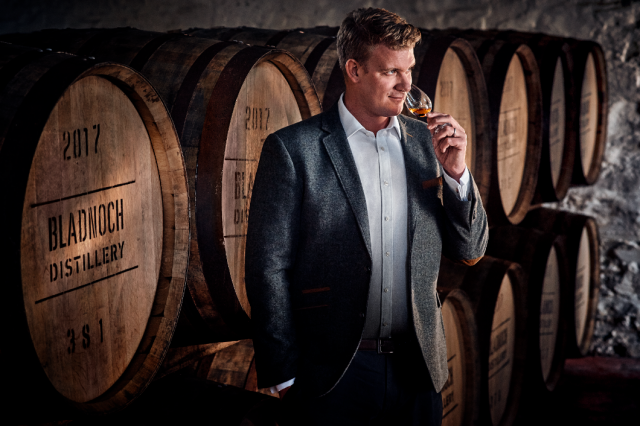 In other whisky news, it was announced that Bladnoch distillery in Galloway has secured a £10 million loan from HSBC to support its overall growth strategy. This will involve further penetration into existing markets as well as targeting specific countries, namely Australia, Israel, China, the US and parts of Europe. 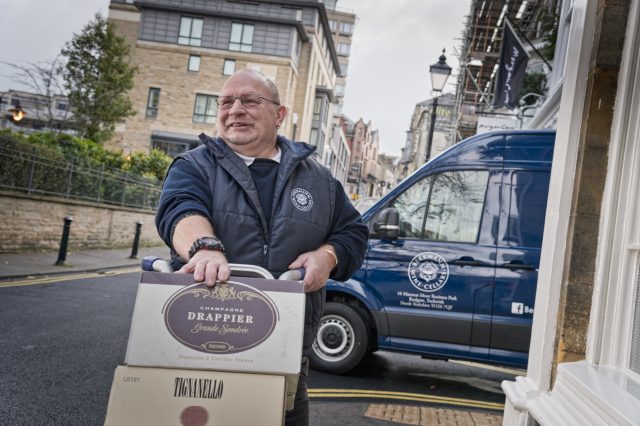 UK wine distributor Berkmann has launched a new initiative to support the hard hit hospitality industry as it starts to reopen.

Following on from its Help4Hospitality programme, the ‘Welcome back, first case on us’ scheme will see the company share over 50,000 bottles of wine with its participating independent hospitality venues from 12 April to 17 May.

Rupert Berkmann, CEO of Berkmann Wine Cellars, said: “The past year has been incredibly challenging. Our beloved hospitality industry has been a well-known recipient of these challenges, having faced an unprecedented amount of insecurity through total lockdowns, enforced closures and gradual re-openings. We are, along with our agencies, thrilled to be in a position to keep supporting our partners in the trade at this crucial time through our ‘Welcome back, first case on us’ initiative. We hope it will help make a difference in their re-opening process as well as boost their spring wine sales.” 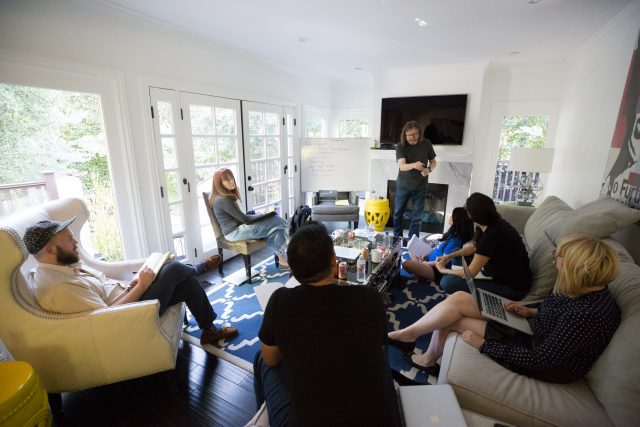 Tequila label Hornitos has partnered with the Black List on a new programme, giving five emerging filmmakers the chance to turn their screenplays into short films.

“Hornitos Tequila has a history of pushing boundaries for the betterment of Tequila, and through our partnership with the Black List, we seek to honor that same innovative spirit while spotlighting some of the most overlooked creatives in film,” said Rashidi Hodari, managing director of Tequila at Beam Suntory. “It’s a major step for anyone to develop their writing into a visual film, and that bold chance is something Hornitos aims to encourage, celebrate and make possible.” 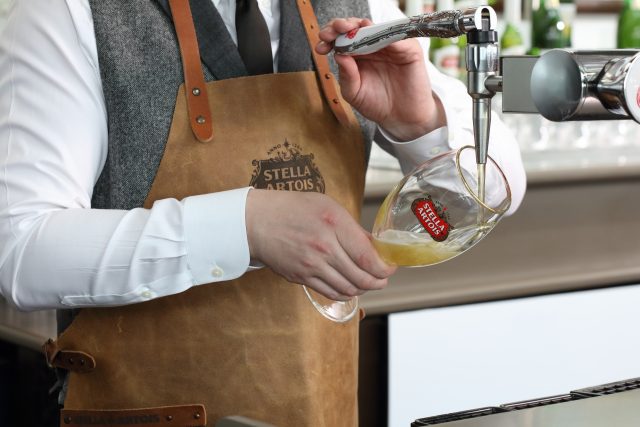 AB InBev’s Stella Artois has launched a new campaign called Stella Tips, which will see the beer brand add £1 to staff’s tips for every pint of Stella Artois sold in participating pubs and restaurants across Britain. It is anticipated that the initiative will raise some £500,000 worth of tips for pub and bar staff, who will each receive an average of £42.

Ali Humphrey, European marketing director of Stella Artois, said: “Britain’s pubs are the cornerstones of our communities, and it’s the people behind the bar who bring this community together with a welcoming smile and pint in hand. The last 12 months have been particularly hard on this workforce, with one important issue being the lack of their usual customer tips. We want to put tipping back on the agenda, so we’re proud to be working with our largest beer brand, Stella Artois, to launch Stella Tips as our way of showing gratitude to those behind the bar. When the pubs re-open we’ll be raising a Stella, and a tip, to those who make the return of the hospitality industry possible.”