Police in the Canadian province of Quebec have seized large quantities of communion wine from suppliers, claiming it had violated import laws. 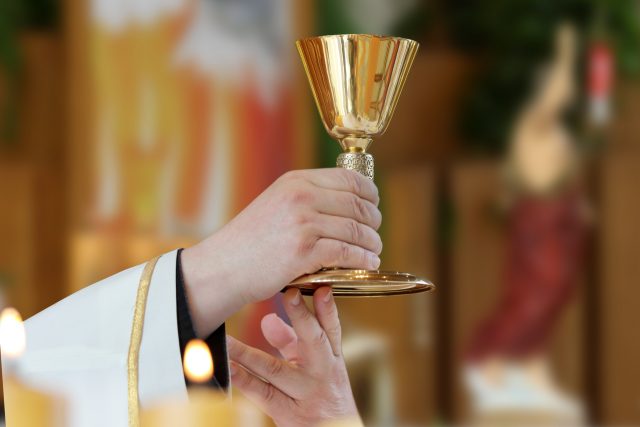 Sacramental wine is in short supply in parts of Canada. As reported by the Catholic News Service, it is now “nearly impossible” to buy a bottle in Quebec. Seizures from ecclesiastical goods suppliers have been taking place throughout this month.

Sandra Dion, spokesperson for the Quebec City Police Department, told the Catholic News Service that the wine was taken following an investigation.

The warrants state that producers are not permitted to import wines from other provinces, nor sell them across borders. However, suppliers told  Catholic News that this has been an established practice for many years owing to the fact the liquor board, Société des alcools du Québec (SAQ), does not sell communion wine.

Altar wine sold in Quebec is produced by two California wine producers – Mont La Salle Altar Wines and Cribari Premium Altar Wines – which is imported to the provinces of Ontario or New Brunswick before being sent to Quebec. There is currently no local supplier of communion wine, however the Catholic Register reported earlier this year that a wine from the Vignoble Vertefeuille vineyard in La Prairie was awaiting approval.

Jacques Laroche, general manager and co-owner of Procure Ecclésiastique, told the Catholic News Service: “This issue has been dragging on for 40 years. The SAQ, since at least the 1980s, has been trying to prevent the distribution of altar wine in Quebec. This forces parishes and religious communities to buy from other provinces.”

Laroche claims that while another liquor board – the Liquor Control Board of Ontario – has told suppliers that they cannot sell wines across borders, Canada’s 1985 Importation of Intoxicating Liquors Act makes exceptions for beverages for sacramental or medicinal purposes.

“My main warehouse is in New Brunswick. My altar wine is imported into New Brunswick. We pay excise taxes. We have a license, we do it legally, transparently,” he added.

The SAQ has confirmed it is in contact with the Assembly of Quebec Catholic Bishops to ensure there is adequate supply of communion wine. The liquor board said the issue should be resolved quickly as it has wines within its current stocks that would fit the sacramental wine criteria.

Official guidance issued by the Vatican in 2017 as to the nature of communion wine reads: “The wine that is used in the most sacred celebration of the Eucharistic Sacrifice must be natural, from the fruit of the grape, pure and incorrupt, not mixed with other substances. Great care should be taken so that the wine intended for the celebration of the Eucharist is well conserved and has not soured. It is altogether forbidden to use wine of doubtful authenticity or provenance.”