Champagne Louis Roederer has launched the 2013 vintage of its flagship cuvée, Cristal, and we’ve tasted it. 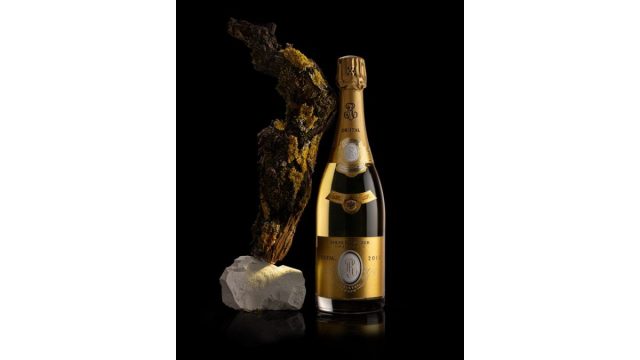 The top-end expression from the house was introduced to UK press yesterday with a virtual presentation on the new release by Louis Roederer cellar master, Jean-Baptiste Lécaillon.

Describing the Champagne as chalky, precise, salty and bright, as well as fleshy and ripe, he said the wine had a perfect natural balance, and “lots of ageing potential”, noting that it was a textbook expression of Cristal.

Commenting on his aim for the top-end cuvée, which retails in the UK for £195, he said, “Cristal is about the white soil, and the sunshine, and my aim is to reach 50:50; 50% chalk and 50% sunshine, and this is right on the middle, the target has been met,” he said, explaining that the chalky soils of the Cristal vineyards bring salinity and brightness to the Champagne, while the sun provides flesh and fruitiness.

Comparing the latest vintage release to other recent harvests used for Cristal, he said that “the 2012 had a bit more sunshine, and the 2008 a bit more white soil.”

Following the 2012 expression, the 2013 is the second vintage of Cristal using 100% biodynamically-farmed grapes from the Louis Roederer estate in Champagne.

Lecaillon also said that due to the “complicated” nature of the 2013 growing season, which saw lower yields in the vines, while requiring strict selection in certain sites for the Pinot Noir component, production was down around 20-30% compared to the 2008 release.

He also said that the Champagne would reach an optimum expression around 15-20 years after the harvest, suggesting that Cristal 2013 would benefit from further cellaring to express its full potential – in other words, drink it from 2028-2033.

However, he also noted that it had been his aim since the Cristal 2002 vintage to make the expression more “approachable” on release, noting that the ripe fruit character in 2013, combined with the natural balance of the grapes, and use of oak in the fermentation process, had made the Champagne delicious to drink now.

But, while Lécaillon had allowed around 20% of the wines for Cristal 2008 go through the malo-lactic fermentation, which sees the firmer tasting malic acid converted to softer lactic acid, in 2013, none of the wines went through this conversion.

My tasting note on the Champagne can be seen below, along with some details on the release.

While open and expressive, the nose suggests a fresh, taut style of Champagne, although there are some ripe notes, as well as further delicate characters from the ageing process. So, aromas range from crisp apple and citrus zest – typical of a non-malolactic sparkling wine – to brioche, honey, and a hint of pear and peach.

The palate shows a similar contrast, with poached pear and yellow fruit, a touch of honey and hazelnut, baked baguette, and a creamy-textured fine, persistent fizz, before finishing with green apple and tangy lemon, followed by a lingering salty taste, along with a fine dusting of chalky tannin, bringing a pleasant dryness. While layered, with a wonderful array of complementary characters, the Champagne displays a tautness that makes it refreshing now, but also suggests it will benefit from further cellaring, and should reveal more in five to 10 years time.

Cristal is also launching its rosé expression from the 2013 vintage at the same time, although we have yet to taste it.

Notes on the 2013 vintage conditions from Champagne Louis Roederer:

“2013 was characterised by a particularly late growing cycle. A seemingly endless winter was followed by a very cool, late spring. We had to wait until the start of July for flowering to begin – something we hadn’t seen in Champagne for quite some time. Fortunately, summer was glorious with plenty of sunshine, record high temperatures and very low rainfall, ideal for the ripening of the Pinot noirs and Chardonnays. The temperatures were cool for the October harvest and the resulting wines are elegant and fresh – the signs of a ‘classic’ vintage.”