What should we expect from the Bordeaux 2020 en primeur campaign? Our Bordeaux correspondent, Colin Hay, spoke to a number of the leading negociants and châteaux to find out. 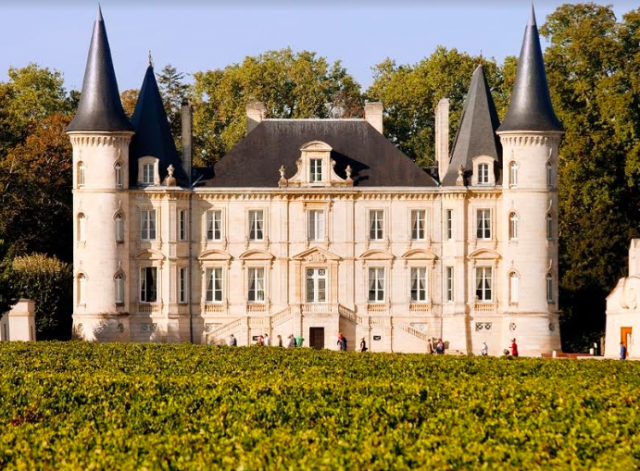 With winemakers around the region still reeling from the ravages of the recent frost as they start to assess the extent and the potential cost of the damage, and with the prospect of more to come, it would be wrong to suggest that the mood in the vineyards is one of optimism.

But when the conversation shifts from the frost to the 2020 vintage and the prospects for an en primeur campaign expected to see its first releases within a month, there is a palpable lifting of the mood.

2019 was a campaign clutched from the jaws of defeat and, given the situation in which the wines were released, it is hardly surprising that it is widely judged in Bordeaux and beyond as a comparative success.

Yet, most would agree, there were and are still lessons to be learned from it. But according to the majority of those I spoke to – both on and off the record, in the châteaux and beyond – those lessons have largely been learned.

The overall feeling in and around la place de Bordeaux is that: 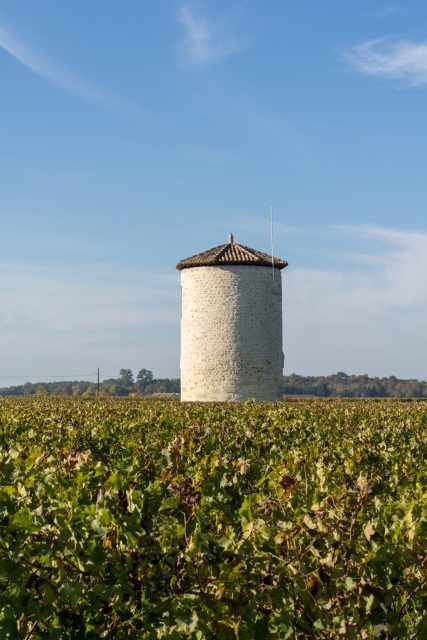 Whether such seeming optimism is the product of realism, wishful thinking, or a more strategic sense that this is what the market needs to hear on the eve of en primeur is an interesting question. Time, as ever, will tell, just as opinions will very.

But two things immediately strike me. First, as a consensus view it is not altogether different from the mood in the London trade that I described two weeks ago – even if there are a few more dissenting voices in the British capital.

The London-based wine trade will say (quite rightly) that the international jury is still out on 2020 (indeed, the jury has scarcely started sitting). Accordingly, to talk of this as the latest in a trio of great vintages is premature. Fair enough.

But, secondly, what both sides might agree on is that, if the quality is indeed there, then there is little excuse for the 2020 campaign not to work. And that is already something – not least as my own initial tastings would suggest that the quality test is likely to be met (even if, as in 2018, quality is somewhat unevenly distributed).

On the pre-campaign, opinions in Bordeaux are clear. They reflect at least some of the lessons drawn from 2019 and an associated convergence in practices. All the leading châteaux (classed growth or equivalent) that I spoke to directly are sending and have already started to send samples this year.

An interesting aside is that very few have in fact used the Flaconwit system that was being presented as the new norm only a couple of months ago. They will all send samples to international critics, to leading brokers and merchants, and to distributors. That includes a number of châteaux who sent very few or no samples at all last year.

Moreover, invariably those who sent their wines only to a handful of critics last year have sent samples more widely this year. As François Mitjavile at Tertre Roteboeuf in St Emilion put it to me, “exceptionally [and as we did last year], we will send samples to professionals who come each year and yet who are unable to visit this year because of Covid”.

But Mitjavile’s qualification here is important – this is an exception and it is likely to remain as such. Most of the châteaux that I spoke to continue to have significant reservations about the reliability of sent samples – above all those travelling considerable distances.

There are certainly advantages, not least for critics; but in the view of the châteaux the disadvantages are greater still. Many of them have done quite a lot of research on this, with Véronique Dausse at Phélan-Ségur, for instance, explaining over Zoom that this is precisely why they continue only to send full bottles samples.

More generally, and as Jean-Michel Laporte of Château Talbot in St Julien made very clear to me, the châteaux have to trust and to rely upon the capacity of the critics and others receiving samples to distinguish between “a sample that is obviously bad” and, by implication, a wine that is bad – and there is always the danger of mistaking the latter for the former.

Accordingly, as Stéphanie de Boüard-Rivoal from Château Angèlus explained, “it is extremely important that the shipping and delivery of the samples is well managed”; but just as important is that “the samples are tasted quickly – it is our duty to follow up on that point”.

As they all agreed, sending samples is a risk and a source of anxiety, not least as it is the châteaux themselves that bear all of the risk. Sending samples is, in other words, a necessary evil that will persist only so long as it remains a perceived necessity.

When it comes to the timing of the campaign, there is again a fair degree of consensus between the châteaux and la place – and a sense that, as Marielle Cazaux, Directrice Générale at Château La Conseillante in Pomerol put it, one of the lessons of 2019 was that the negociants and the châteaux needed “to talk more to each other about the wine and the organisation of the campaign” than they had done previously.

Almost all those that I spoke to now expect a campaign of around 6 weeks starting in mid-May (any time, in fact, between early May in the estimation of one, to late May in that of another, with most settling on mid-May). 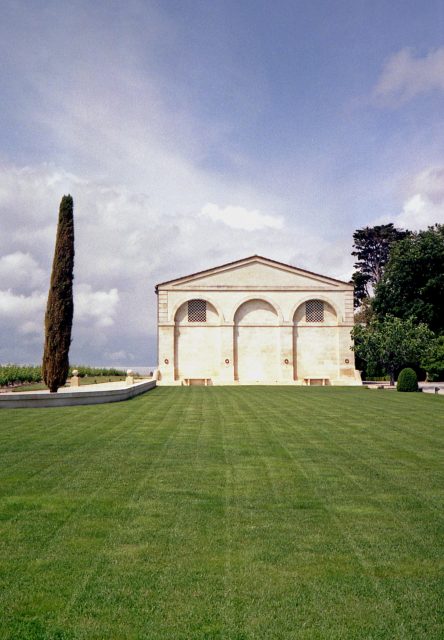 A story of quality …

What about the wines themselves? Here it is, I think, most instructive to compare and, indeed, to contrast the views from London and Bordeaux. In London, Max Lalondrelle, chief Bordeaux buyer at Berry Brothers & Rudd, was very clear about both the strengths of the vintage and the potential limits too.

“2020 will sit between the last two vintages in terms of quality, but may well be less homogeneous across the board”. As he elaborated, “vineyard management and clay soils will be important in keeping freshness”.

In Bordeaux, in part precisely because of the Covid situation, those I spoke to had tasted little beyond their own appellations and were therefore cautious in venturing bold and more general judgements.

Stéphanie de Boüard-Rivoal, however, was unequivocal in stating, “the vintage is remarkable, rich and complete, the perfect synthesis of its two illustrious predecessors, 2018 and 2019”, going on to add “there will be great wines on both the right bank and the left bank”.

Staying in St Emilion, François Mitjavile was similarly enthusiastic, “2020 is certainly an excellent vintage … but not homogeneously so; it is no better or worse, but certainly different, from 2018 and 2019”.

Across the border in Pomerol (an appellation many see as particularly blessed in 2020), Marielle Cazaux was no less ebullient. Speaking admittedly only of La Conseillante, she said: “We now have a beautiful trilogie with 2018, 2019 and now 2020. The Merlot and The Cabernet Franc are really fantastic this year. The vintage is rich but fresh at the same time. It reminds me of 2016 with a little more body”.

In Pessac-Léognan, Stephen Carrier at de Fieuzal was keen to emphasise the three defining features of the vintage in many people’s eyes: brightness, elegance and delicacy.

Hinting at perhaps one of the issues of the vintage – the excessive heat building in the vineyard from early September and the advantages of being able to harvest early – he also underscored the quality of the (early-harvested) Merlot, especially in the heat-ravaged Graves.

Finally, and in a similar vein, Jean-Michel Laporte at Château Talbot was happy to be able to talk of “another great vintage in the same line and philosophy of 2019 and clearly superior to 2018”. 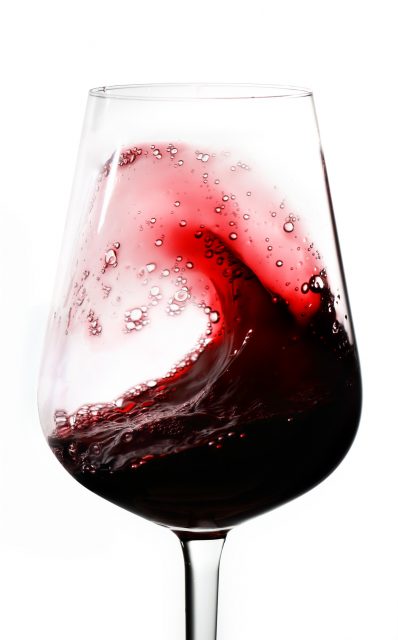 After quality, of course, comes price. It is typically here, especially before the leading international critics have spoken (or even really started to whisper amongst themselves), that Bordeaux voices – especially those given a public platform – turn more taciturn and introspective.

But a few interesting thoughts were on offer, especially (and hardly surprisingly) from those more comfortable speaking off the record. Insofar as there is a consensus here – and it is far from absolute – it is that prices will rise, probably by around 10-20% in euros.

Given the modest appreciation of sterling since last year’s campaign (around 4% since June 2020) that would result in an anticipated average sterling-equivalent price rise of just over 10 per cent.

Among those prepared to venture a more public opinion, views diverged a little more. François Mitjavile, speaking only for his own properties, anticipated no increase in price making it clear that he was not in favour of what he called ‘yo-yo pricing’. Stéphanie de Boüard-Rivoal made a similar point, if in a rather different way.

“We expect the prices of the 2020 vintage to consolidate the positions taken in 2019 … with moderate increases on a case-by-case basis”. Jean-Michel Laporte was less certain, pointing out as many of the London merchants and brokers did too, that “volumes are down compared to 2019 … and the market for Bordeaux has been dynamic for a few months … so we might expect to see some rises, hopefully limited, so as not to break the come-back of Bordeaux on the international scene”. For others it was simply too early to say.

What is, however, abundantly clear is that demand for this vintage is likely to be extremely price sensitive and that the châteaux and, indeed, the whole of la place de Bordeaux is acutely aware of this fact.

The châteaux just about got their pricing right for 2019 (though some will point out that only a relatively small number of wines actually sold that well). We won’t have to wait long to see if they can and will get it right again.

A final question that I asked of the châteaux, just for fun, was what wines (other than their own) were they particularly looking forward to tasting in this vintage. Many of the responses that I received were evasive.

Needless to say, my tasting notes on each (and many, many others) will be appearing relatively soon in a series of detailed appellation-by-appellation portraits of the vintage.