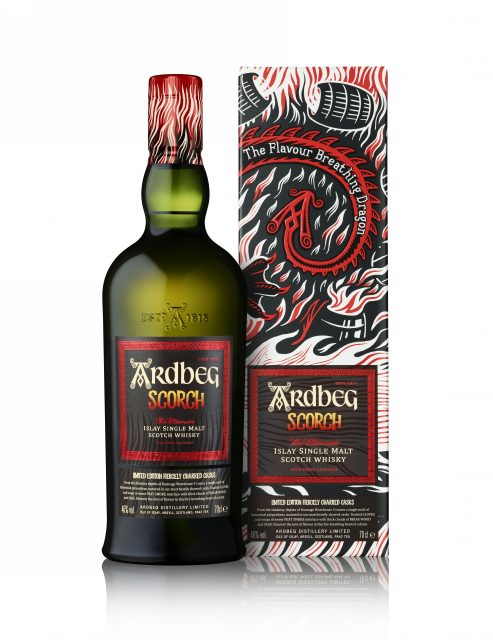 Matured in ex-Bourbon casks which have been “heavily charred”, the whisky’s name is inspired by the folk tales relating to Islay’s mythical dragon.

Scorch will be released in honour of Ardbeg Day, an annual event held by the LVMH-owned whisky distiller on the final day of Islay’s music and whisky festival, known as Fèis Ìle. This year it will be held on 5 June and will take place online.

Colin Gordon, Ardbeg’s distillery manager, commented: “This year will be my first Ardbeg Day ever: a baptism of fire! It’s a shame we Ardbeggians can’t enjoy it together in person, but the online event is shaping up to be tremendous fun. With a whole virtual world to explore, including fantasy inns, campfire tales, medieval feasts and live tastings, there’s plenty for people to be excited about this year.”

According to the producer, the 46% ABV whisky has aromas of soot and smoke as well as aniseed and patchouli, with flavours of grilled fare, black liquorice and medicinal lozenge on the palate.

Director of distilling and whisky creation, Dr Bill Lumsden, added: “Ardbeg Scorch is our tribute to the legendary dragon of Islay. By using our most heavily-charred casks, we’ve created a fire-breathing beast of a dram!”

The whisky will be released on 27 May and available to buy from Ardbeg embassies, whisky specialists, online retailers and the distillery’s visitor centre, priced at £100 a bottle.