The industry has welcomed the Delhi government’s decision to cut the legal age for drinking to 21 and to reform licensing laws. 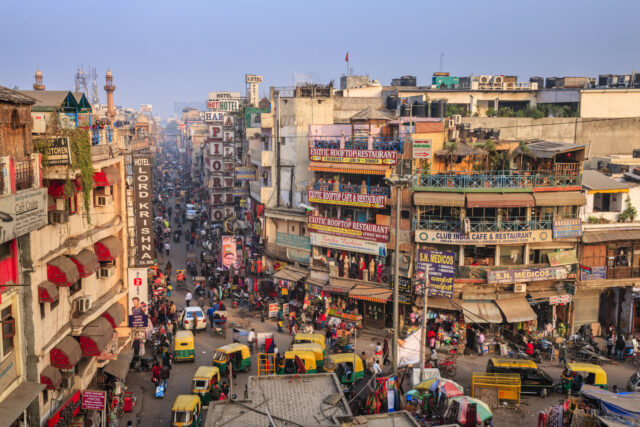 This is in spite of the government predicting that its tax take will rise by 20% as a result.

The state authority is also banning new liquor shops from opening in the capital and says it will no longer run liquor shops. At present, 60% of legal alcohol outlets in Delhi are state run.

The decision was taken, Deputy Chief Minister Manish Sisodia said, to end the reign of what he called a “liquor mafia”.

“In Delhi, 850 liquor stores are authorised by the government. But [the] liquor mafia run 2,000 illegal stores,” he said.

Some estimates put the volume of bootleg alcohol sold in India at more than 50% of the total consumption.

Anand Kripalu, managing director and CEO of Diageo India said: “The new excise policy keeps the consumer at its heart, enabling their access to good quality brands in significantly safer and enhanced purchase and consumption environments.”

What he might have also said are that the reforms herald a further opportunity for the major international drinks groups to make bigger inroads to the giant Indian market.

Alcohol consumption in India has risen over 72.5% over a period of 20 years (according to OECD figures), and the huge potential for further growth has prompted global groups to make India what Alexandre Ricard, the head of Pernod Ricard, calls a “must win” market.

Pernod Ricard has had a strong commercial presence in the country since 2000 when it took over Seagram’s interests in the sub-continent; in 2013/14 arch rival Diageo bought a controlling stake in United Spirits, the country’s biggest spirits business, now renamed Diageo India.

India has a population of 1.38 billion and is predicted to eclipse China by 2024 as the world’s most populous nation. Moreover, more than 50% of India’s citizens are under 25 and more than 65% below 35. The World Economic Forum estimates that by the end of the present decade India will be the world’s third largest economy.

According to Statista Research more than 88% of Indians aged under 25 purchase or consume alcohol. If the legal drinking age were cut to 21 nationwide, 75 million potential new consumers would enter the market between 2019 and next year – and a further 19 million will become legally aged entrants every year.

But the most pronounced growth in consumer numbers is expected to be in the 45 to 65 age group, the band with the highest disposable income.

And as India’s economy expands so will household wealth. World Economic Forum estimates suggest that 78% of Indian households will be officially “middle class” by 2030 and that 120m people will be in the “affluent class” with large disposable incomes; that is almost double the UK population.

But with the demographics changing so rapidly and bolstered by last week’s changes to the law, sales are poised to accelerate further.

As affluence increases so does the desire to enjoy and display it, with whisk(e)y poised to make the most gains as the newly affluent middle class expands.

Indians consume more whisk(e)y than any other country in the world – about three times the volumes sold in the US, the second biggest market. Nearly one in every two bottles of whisk(e)y is sold in India, yet per capita consumption remains much below that of other big economies.

Much of that whisky is made in India with Indian Made Foreign Liquour (IMFL) accounting for 55% of the country’s sales and contributing 5% of Diageo’s net global sales. And it is heavily promoted through sponsorships such as in the Indian Premier League cricket.

For the past decade the objective has been to drive the consumer upmarket from local products such as McDowell’s No 1 (Diageo) and Royal Stag (Pernod Ricard) to globally renowned brands such as Johnnie Walker or Chivas Regal, where the consumer can identify with the range and gradually take steps up the price (and margin) ladder.

Progress towards premiumisation is hampered by India’s hefty import duties on Scotch whisky and the ban on direct advertising – it is said that Prime Minister Narendra Modi is so antagonistic to fugitive former United Breweries head Vijay Mallya because he provocatively called his airline Kingfisher to circumvent that law.

But the prize is there. The burgeoning Indian population will become more wealthy and trade up across all price points as well as expanding their repertoire beyond whisky.

Further reforms would be welcomed. Nor will the Delhi bootleggers quietly pack up their illegal shops. But last week’s announcements are a significant step forward in helping the global groups earn bigger returns on their investments in India.