In honour of International Women’s Day today, we’ve rounded-up five unsung heroes of the English wine sector who are carving a path in their respective fields.

The English wine industry has a large number of women within its ranks. From CEOs and MDs such as Tamara Roberts of Ridgeview and Sam Linter of Bolney to head winemakers including Emma Rice (Hattingley Valley) Corinne Seely (Exton Park) and Cherie Spriggs (Nyetimber), women hold a variety of positions in the industry.

Here we round up five women blazing a trail in the domestic wine scene, from vineyard managers and owners to winemakers.

To find out more about the women working in English and Welsh wine, tune in to WineGB’s Instagram live interviews on the topic. More information can be found here.

Alex is the vineyard manager of Albury Organic Vineyard in Surrey. With a doctorate in horticulture from Milan University, she later spent time working in vineyards in Italy and New Zealand. Before joining Albury, she worked at RHS Wisley where she was responsible for the orchard, nursery, model fruit area and vineyard. 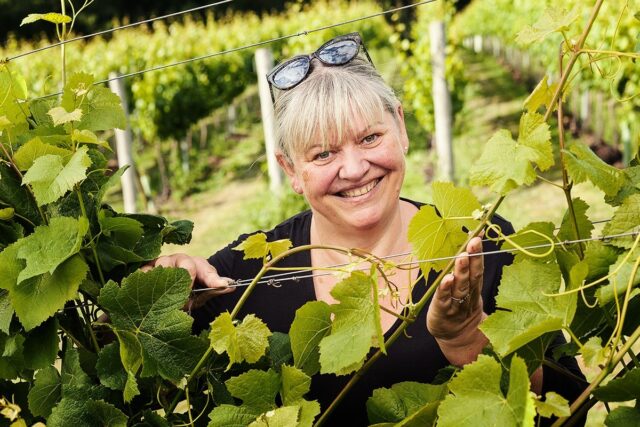 Jonica owns and runs Fox & Fox vineyard in Sussex with her husband Gerard. Having trained at Plumpton College, Jonica has been producing wine from her vineyard since 2009 and currently works with Bolney Wine Estate. Her vineyard in the village of Mayfield in East Sussex is planted with 9.5ha of Pinot Noir, Pinot Meunier, Pinot Gris and Chardonnay. 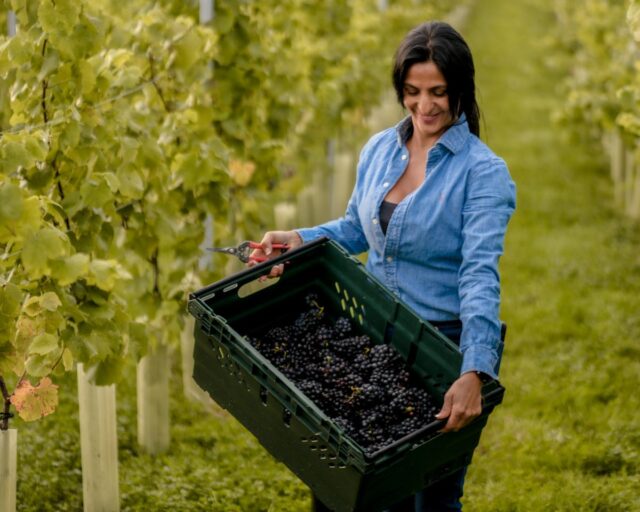 Brazilian-born America Brewer is another Plumpton College graduate. Together with her husband Nick, she oversees affairs at Oastbrook Estate, near Bodiam Castle in Sussex, which they planted with vines while America was studying in 2018. The estate produces both still and sparkling wines and even has its own ‘hobbit house’ where guests can spend the night. 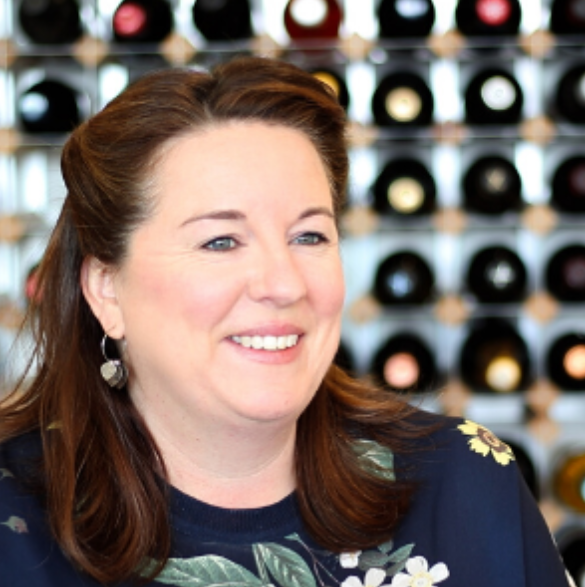 Collette spent several years working for PR firms in London before taking the plunge and embarking on a career wine. She graduated from Plumpton College in 2014 and made wine in California and South Africa before returning to the UK to take up the role of head winemaker at Henners in 2019. 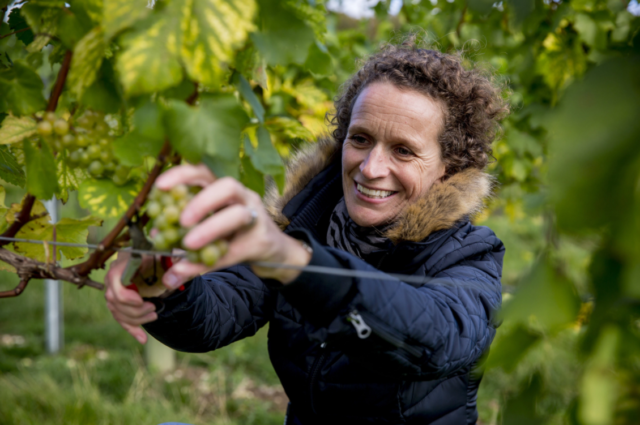 Ruth Simpson is the co-owner of Simpsons Wine Estate together with her husband Charles. Having studied international relations and modern history at the University of St Andrews, Ruth first embarked on a career in humanitarian aid, working for charities including Raleigh International, Relief International and Save The Children. In the early 2000s she and Charles bought Domaine Sainte Rose in the Languedoc and began producing wine. In 2014, they began their UK winemaking journey in Kent.