Having received bids from the owners of Clos Fourtet and Angélus, the winning bid for the sale of Chateau Beauséjour in St Emilion is expected to be announced today. 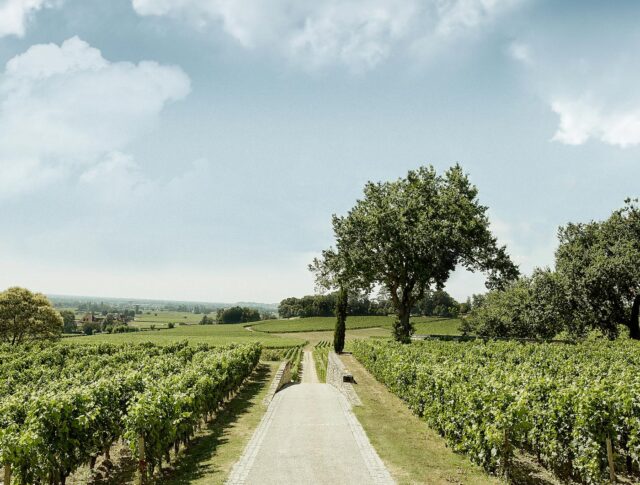 The premier grand cru classé B Chateau Beauséjour Heritiers Duffau-Lagarrosse is a historic, well-regarded property of 6.5 hectares on the limestone heights of the plateau of St Emilion next to Angélus, Beau-Séjour Bécot, Bélair Monange and Canon.

It has rested in the hands of the Duffau-Lagarrosse family since 1847. The wine itself has been made in recent years by Nicolas Thienpont and his exceptionally talented young wine-maker David Suire. Beauséjour HDL owes much of its considerable recent reputation to the combination of their talents.

The saga begins in June of last year with the decision of the four cousins who are the ‘héritiers’ (heirs) of the Duffau-Lagarrosse family to sell the property and the subsequent confirmation of that decision by the conseil d’administration [CA], which presides over the running of the property.

The CA sat to consider both bids early in November 2020, with the votes being cast decisively in favour of the Cuvelier bid.

It is widely reported that the competing bid was rejected largely on the basis of the anxiety that the de Boüard’s would seek to incorporate the vines of Beauséjour within the vineyard of Angélus itself (the properties being contiguous), thereby bringing to an end the independent history of the property.

The Cuvelier bid would also have seen the property continue to be managed by Nicolas Thienpont (as general director) working alongside his gifted wine-maker, David Suire.

But this is the point at which things started to become complicated. For, under French law, proposed sales of this kind (involving agricultural land) need to be presented to, evaluated and ultimately approved by the local SAFER (Société d’Aménagement Foncier et d’Établissement Rural).

And this, in turn, opens a period of 15 days during which other projects for the land in question (at the same bid price) can be submitted for consideration, with the ultimate decision-making authority resting in the hands of SAFER itself.

It is extremely rare, in situations like this, for a preferred bid (like the Cuvelier bid here) to be challenged. But two further bids were submitted within the 15-day period. The de Boüard bid was, in effect, brought back to the table and a hastily written new bid was also submitted.

It came from one of the members of the family, Joséphine Duffau-Lagarrosse, a young winemaker currently working for Bernard Magrez, and the Courtin family (owners of an international cosmetics business).

The final decision of SAFER is expected today, 25 March. But rumours already circulate.

An article in Le Point quoting Joséphine Duffau-Lagarrosse, confirms that the Duffau-Lagarrosse bid received an ‘avis défavorable’ from the technical committee of SAFER on 18 March, a similar fate, Le Point suggests has befallen the Cuvelier bid.

If that indeed proves to be the case and the de Boüard bid is confirmed today, having been rejected in effect by the CA last year, this may well represent just the first chapter of the story.

For if, as Le Point also suggests, Philippe Cuvelier is contemplating legal action, the next episode of the drama may well follow swiftly.