A group of would-be beer thieves were left red-faced and furious after an attempted keg theft went wrong, trashing the pub as they beat a hasty retreat. 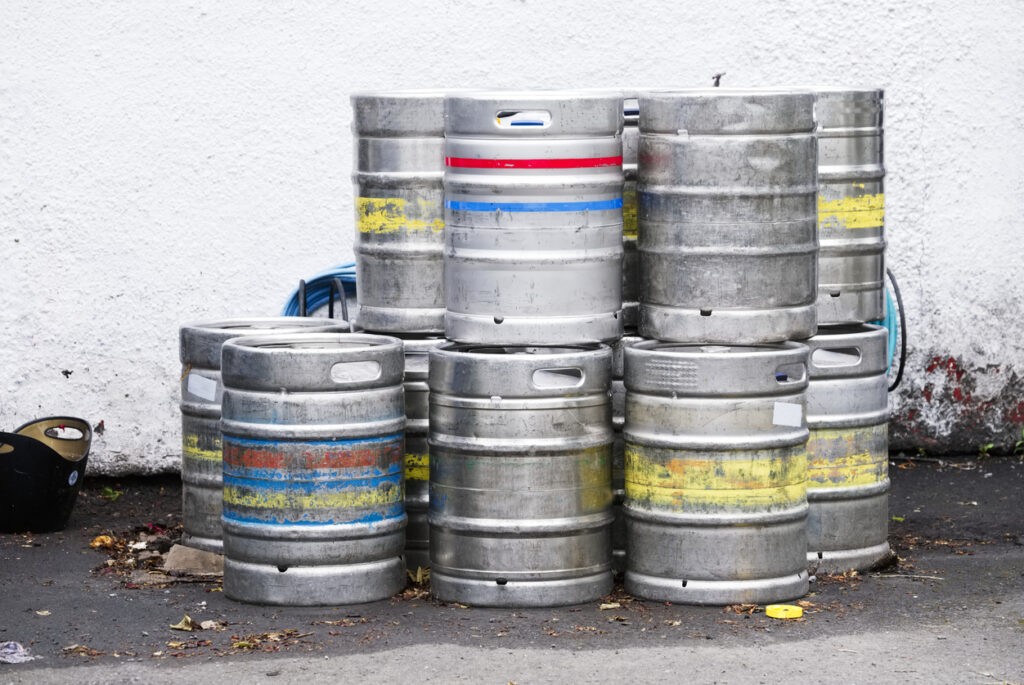 Five beer thieves who attempted to steal kegs of beer left for collection outside the The Twa Tams in Perth, Scotland, trashed the pub after their heist went awry.

The robbers attempted to make off with the kegs at around 8.20pm on 13 March, only to discover that they were empty and contained no beer, according to the Daily Record. Realising their error of judgement, four of the five fled the scene but a fifth, apparently incensed, threw a keg through the bar’s antique stained glass window, shattering it.

Sandy Stirton, who owns the pub, told the Daily Record he was devastated by the incident. “Obviously we are absolutely gutted,” he said.

“It’s devastating, absolutely horrible. If a member of staff had been in at the time it would have been terrifying.”

“Thankfully nobody was hurt and nothing was taken.”

Stirton said the incident was particularly hard to take as he and his staff had been working hard on renovating the pub ahead of potential lockdown restrictions easing. However, he is hoping the culprits will come clean without police involvement.

“It was obviously a very, very silly drunken mistake,” he explained.

“It’s obviously no excuse, but we don’t want to ruin the rest of someone’s life over a mistake.

“It’s been a hard year for everyone, nobody is looking for more upheaval.”

He said it was hard to put a price on the cost of replacing the stained glass windows, but still chose to strike an upbeat note.

“We can’t wait to get back to getting some life into the place, the awesome food, awesome music and doing what we do best.”

We wish Sandy Stirton and all other venue owners good luck and a good year after an incredibly hard pandemic.