South American wine producer Santa Rita Estates launched a standalone Argentine brand at the end of last year. Called Altaluvia, the brand sources its grapes from the Alluvia vineyard, 1,350 metres above sea level in Gualtallary in the Uco Valley. The range comprises a Cabernet Franc, Malbec, Chardonnay and Riesling. The Riesling grapes were picked at the end of March, with a protective destemming and pressing process carried out. A total of 40% of the juice was fermented in second-use French oak barrels, while the remaining 60% was put into stainless steel tanks. The two wines were later blended, resulting in the finished product. 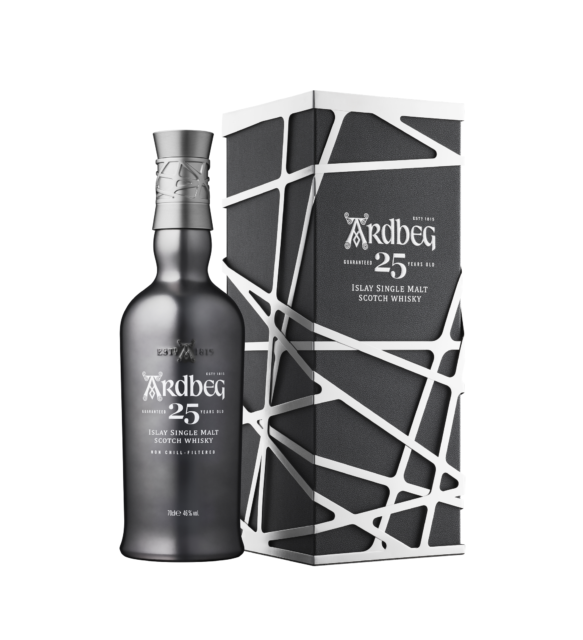 Islay distillery Ardbeg has released its oldest and most premium expression: a 25-year-old single malt that was distilled in the 1990s during a time when it was only releasing a little new-make spirit each year. Whisky released from this period in Ardbeg’s history is therefore extremely rare. Presented in a gun-metal-coloured bottle, the Scotch is described as having aromas of smoked cream, toffee and fennel, with pepper, candied apple and aniseed on the palate. Ardbeg whisky creator Dr Bill Lumsden said the spirit has not lost “Ardbeg’s smoky punch”, adding: “It’s unmistakably Ardbeg, but unlike any Ardbeg you’ve tasted before.

Chilean wine group Aresti has launched a new rosé named after the first pick-up truck owned by its founder Vicente Aresti. Aresti used the truck for many years at harvest time. The rosé, which is made from Grenache grapes grown in the Curicó Valley, is produced by gently pressing the must to extract colour. Fermentation is carried out in stainless steel vats for 20 days, after which the wine remains on its lees for three months. According to the producer, it has aromas of pomegranate and grapefruit, with “intense acidity” and a fruit-forward finish. Aresti recommends serving it with smoked ham, grilled salmon, cheese, salads or sushi.

The Bar 44 Group has released its own manzanilla Sherry. Called Manzanilla 44, it has been produced by Bodega Molinillos in Sanlúcar de Barrameda. The Spanish hospitality group, which operates tapas restaurants in Bristol, Cardiff, Cowbridge and Penarth in the UK, is selling the Sherry via its online shop. The Sherry was imported to the UK by the Morgan brothers, the co-founders of the Bar 44 Group. The Manzanilla, which has an average of five years’ ageing in the solera, is bottled en rama, and is available for nationwide delivery. 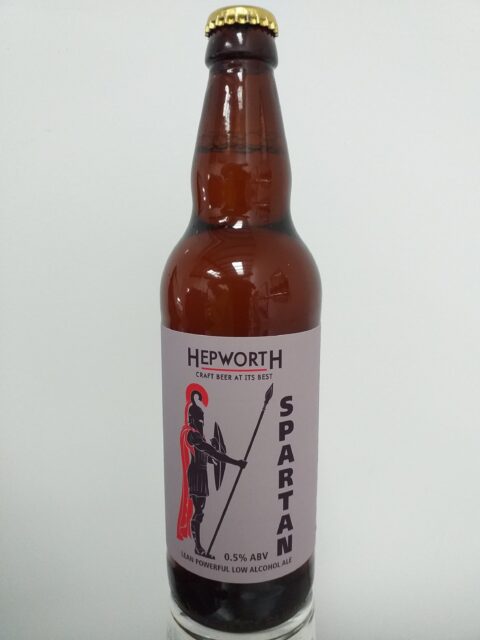 West Sussex-based brewery Hepworth & Company has released its first own-brand low-alcohol beer. Described as a British-style pale ale, Spartan has an ABV of 0.5% and is modelled on the brewery’s Traditional Sussex Bitter, which is made using locally grown Sussex hops. Spartan contains five hop varieties sourced from Sussex and around the UK, as well as a complex grist of speciality malts. It is also gluten-free and vegan. 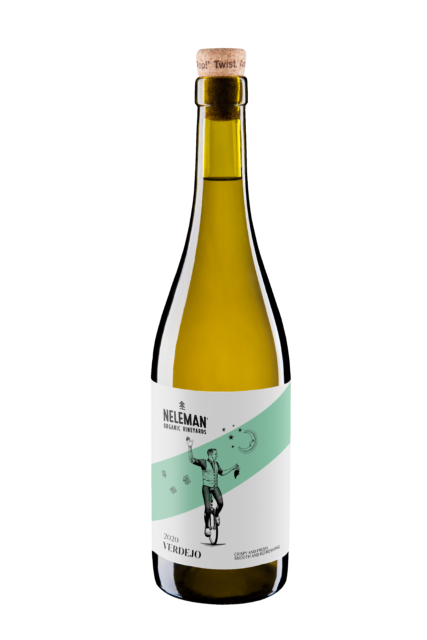 Neleman, an organic Spanish wine brand based in the Netherlands, has released a new Verdejo. Sourced from vineyards 700 metres above sea level in the province of Valencia, the grapes are harvested at night to preserve acidity and avoid oxidation. The organic wine, which is also vegan and carbon-proof certified, is described as having expressive tropical fruit, grass and fennel aromas with well-balanced refreshing acidity on the palate. 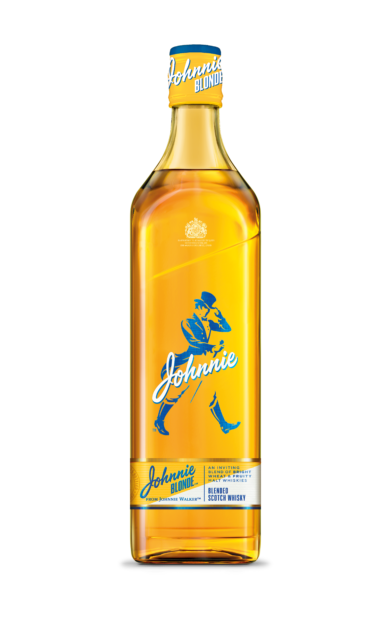 Blended Scotch whisky brand Johnnie Walker has announced plans to launch a whisky called Johnnie Blonde in a small number of pilot cities around the world, including Monterey (Mexico), Curitiba (Brazil), Bangkok (Thailand), Sofia (Bulgaria) and Houston (US), as well as with a number of distribution partners in Germany. Made using wheat and fruity malt whiskies, Johnnie Blonde is designed for use in whisky cocktails, and in particular to be mixed with lemonade. 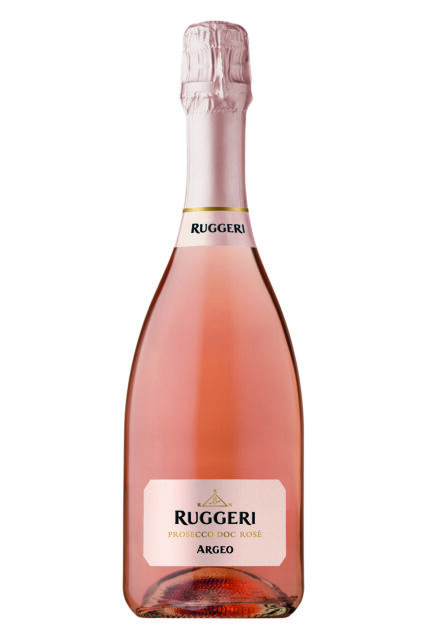 Prosecco producer Ruggeri has released a pink variant, after the style was granted official approval last year. Made from a blend of Glera and Pinot Noir, the fizz was kept in contact with its lees for a minimum of two months. The wine is described as having fresh aromas of red berries, including redcurrant and raspberry, and with flavours of balsamic and rosemary on the palate. Ruggeri, which is based in Valdobbiadene, celebrated its 70th anniversary in 2020.

Vermont-based maple syrup Runamok has launched a range of cocktail syrups and bitters. The syrups include Maple Old Fashioned, Maple Tonic, Smoked Old Fashioned and Ginger Mule, while the new bitters are Floral Maple, Aromatic Male and Orange Maple. The syrups can replace simple syrup in cocktails, while the bitters have a maple base and are flavoured with herbs and root extracts. The Maple Tonic syrup (pictured) is mixed with quinine extract, lemon and lime, in a nod to traditional tonic water. 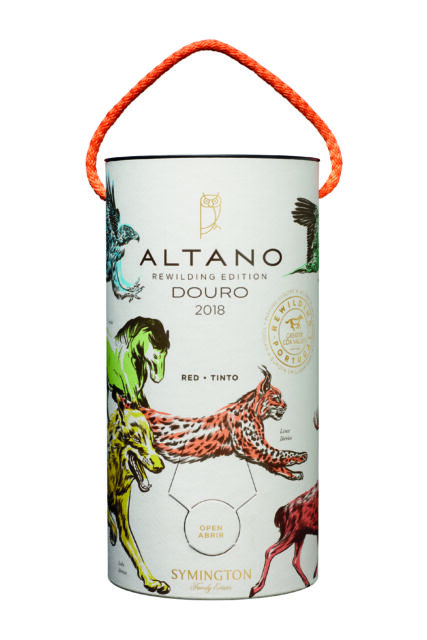 Douro wine producer Symington has released a new wine under its Altano brand with proceeds from every sale going towards the Rewilding Portugal project, which is leading efforts to restore landscapes and protect wildlife including the griffon vulture, Iberian linx and Iberian wolf. Rewilding Portgual, which also receives €15,000 per year from the Symington Impact Fund, is focused on conserving the 120,000-hectare wildlife corridor in the Greater Côa Valley in northern Portugal. The wine is described as a classic Douro red blend, and features grapes such as Touriga Franca, Tinta Roriz and Tinta Barroca, sourced from high-altitude vineyards. It has been released in a cardboard bag-in-tube format that contains 2.25 litres of the wine, and, according to the producer, has a much lower carbon footprint than the equivalent volume stored in glass. Once opened the wine can be enjoyed over a period of four to six weeks.

Provence producer Léoube has launched an organic sparkling brut rosé made from a blend of Grenache and Cinsault. The wine is made by creating a still rosé base wine by direct pressing before conducting fermentation in steel tanks. During the second fermentation, additional rosé must is added. The fizz is described as having aromas of “wild red summer berries and white fruits with refreshing acidity on the palate”. 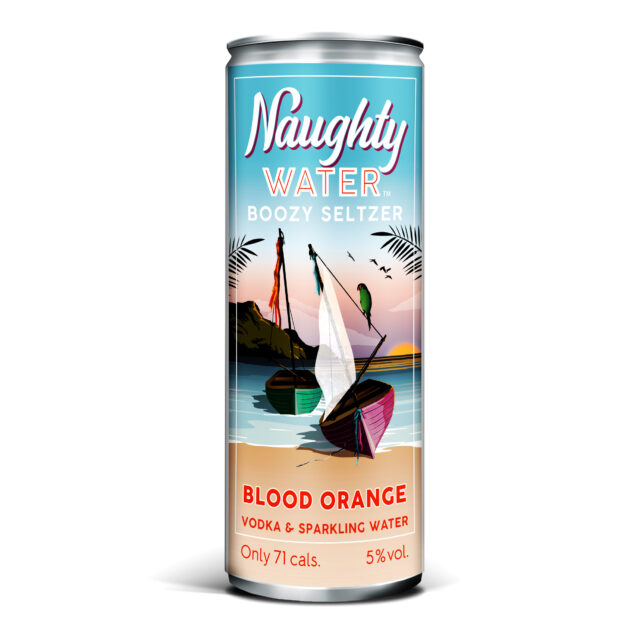 Hard seltzer brand Naughty Water has launched a new range of vodka-spiked drinks that are gluten-free and vegan-friendly. Made with added vitamin C and at 72 calories per 250ml, each new variant has an ABV of 5%. The three new flavours include sparkling cranberry, sparkling mango and passion fruit and sparkling blood orange. Marketed at “health-conscious hedonists”, Naughty Water hopes its new line will capitalise on the burgeoning alcoholic sparkling water market, which is set to be worth £1.8 billion by 2022.

Chilean winery Undurraga has released an orange wine under its T.H. label of terroir driven wines. Made from a blend of 70% Riesling and 30% Sauvignon Gris from the Leyda Valley, the grapes are fermented and left in contact with their skins for three months. This is followed by a period of ageing in concrete eggs. The wine is described as being the “perfect food-friendly marriage of a white grape’s acidity and freshness with the texture and structure more often experienced in reds”. Only 340 cases have been produced. 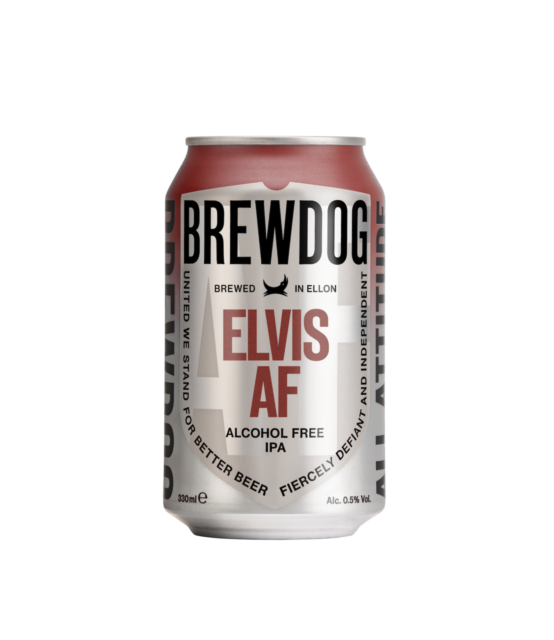 Scottish brewer BrewDog has launched an alcohol-free expression of its classic Elvis Juice grapefruit flavoured IPA. Brewed with Cascade, Centennial and Citra hops, as well as Munich, extra dark crystal, wheat and oat malts, the new brew contains just 0.5% ABV. Elvis AF joins the brand’s other booze-free beers, including Nanny State, Punk AF and Lost AF. Last year BrewDog lost its legal battle with Elvis Presley’s estate after the EU Intellectual Property Office opposed its trademark application for its Elvis Juice beer. The ruling means the brewer may have to alter the name of its beer when selling it within Europe. 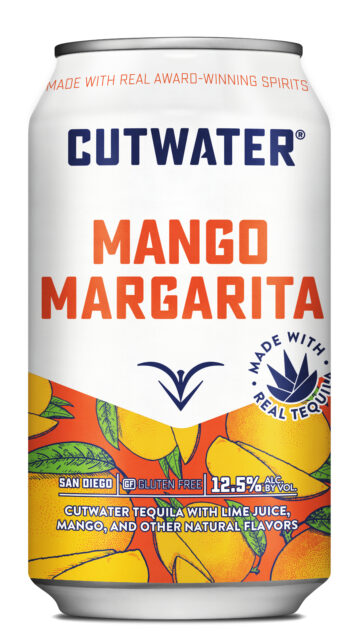 San Diego distillery Cutwater Spirits has launched a range of fruit- flavoured canned Margaritas. The producer launched its 12.5% ABV Mango Margarita last month, with cans of its Strawberry and Peach Margaritas set to hit shelves in April. Before that it is launching a range of frozen Tequila pops in March, which will be sold in packs of four in Lime, Mango, Pineapple and Strawberry flavours. The new products will join Cutwater’s existing RTD range which comprises Tequila Paloma, Tequila Soda and Tequila Margaritas.